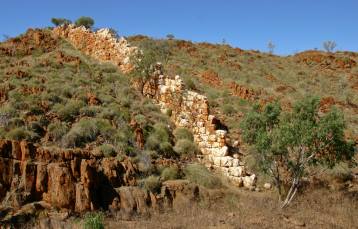 Kairos Minerals Ltd (ASX: KAI) is “excited” about the potential of a new coherent lithium and pathfinder elements anomalous corridor at its 100%-owned Roe Hills Project, located east of Kalgoorlie in Western Australia.

Executive Chairman, Terry Topping, said there is no recorded past exploration for lithium within the Roe Hills Project area. Soil Geochemistry Programme.

In 2020, Kairos conducted a soil sampling program in the northern part of the Roe Hills Project to target regional structures that are associated with gold mineralisation in the region. The programme consisted of 1,311 soil samples collected at 200m x 50m spacing.

The samples were sent to Intertek Laboratory in Perth for gold and multi-element analysis. The results generated a gold target and, in 2021, the Company drilled six RC drill holes for 901m to test it. Drill hole RHRC120 returned the best gold intercept of 4m @ 1.63g/t Au from 48m.

In addition, the same drill hole returned a zinc sulphide zone of 20m @ 0.42% Zn from 96m, which could indicate the presence of VMS mineralisation in the region.

A recent review of the multi-element geochemistry has highlighted a coherent lithium and associated pathfinder elements anomalous corridor.

“This is an exciting discovery, which was made following a detailed review of the extensive geochemical sampling programme completed in 2020,” Mr Topping said.

“The significance of this extending north-east trending anomaly has been further enhanced by the discovery of the Manna lithium prospect, located 10km to the north, by Breaker Resources.

“Breaker has recently transacted on this exciting emerging discovery in a deal with Global Lithium Resources, which has acquired an 80% interest in the tenements.

“Given the scale and potential significance of the anomalism, we recently conducted a site visit which has shown that the anomalous area is suitable for AC drilling and potential follow-up RC drilling.

“We have initiated an extensive field programme with additional soil sampling and mapping underway and, with heritage clearances already in place, we will prioritise drilling as soon as we can secure a suitable drilling rig.

“In light of this significant development, the Kairos geology team recently completed a desktop study based on existing available data to identify other potential lithium targets at Roe Hills.

“This work has been successful in delineating at least eight areas of interest, which will also now be followed up by our field teams.

“This is an exciting new lithium exploration opportunity which complements the significant lithium targets we have defined recently within our Pilbara exploration portfolio.”