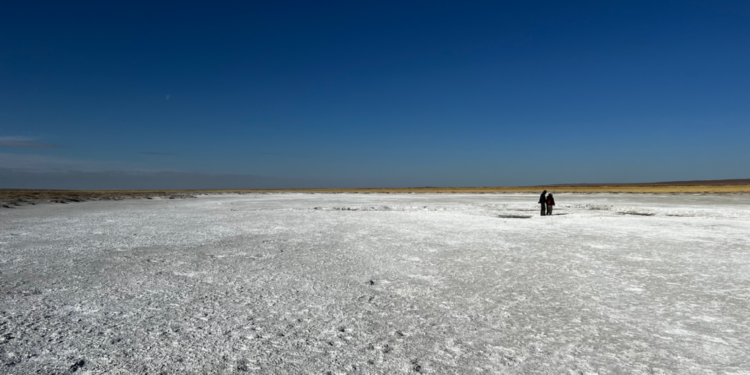 The brine sample was collected at surface from a shallow pool and assayed 918 mg/L Lithium. This is an exceptional early result for the company and is the highest grade lithium brine known to have ever been collected in Mongolia. This is also in line with lithium brine results from producing operations immediately to the south in China.

“These exceptional early results are extremely exciting for all stakeholders, they reinforce the Company view that high quality lithium brines could be discovered at the Urgakh Naran Lithium Project,” said Ali Haji, CEO and Director of ION Energy Ltd.

“We anticipate many more positive updates to the market in the coming months as exploration is ramped up over summer. ION has an active and expanded exploration team on site at Urgakh Naran and exploration is ongoing.”

The sample was obtained from a surface evaporation pond indicative of Lithium brine potential at depth. Due to surface evaporation effects, the assay result may not be indicative of lithium grade at depth but is highly encouraging. A series of targeted holes is planned to test brine potential at depth upon completion of the current geophysical and shallow auger hole program.

The company has now completed all 72 auger drill holes for a total of 820.5 metres and 427 geochemical samples including brine samples.  Samples have now all been submitted for lithium analysis.

In addition, ION Energy has completed seven of the eight planned TEM Geophysical lines for a total of 88 line kms.

TEM is being utilised to further outline the extensive and widespread accumulations of brines across the project. Initial data is currently being assessed and interpreted by the Company and its geophysical consultant.