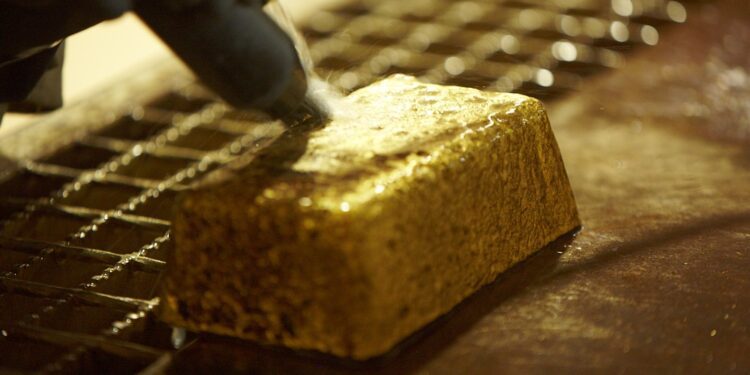 “The second quarter of 2021 was challenging primarily because production from our Rosebel mine was unexpectedly adversely affected by unusually heavy rains and an increase in COVID-19 cases in Suriname, in addition to difficult industrial relations,” Gordon Stothart, President and CEO, said.

“Essakane continued to perform strongly and we were able to finalize a new three-year collective labour agreement with our unionised employees.

“Westwood underground mining recommenced in the East Zone, albeit at a more tempered pace in order to accommodate enhanced safety measures in keeping with our safety-first culture.

“We also disclosed an increase in estimated project costs at Côté Gold, which remains on track for commercial production in the second half of 2023.

“As noted in our updated guidance, previously disclosed on July 22, 2021, we expect continued strong performance from Essakane in the second half of the year, while we work to recover from the headwinds at Rosebel and Westwood. We expect to disclose an initial resource at Gosselin in the fourth quarter of 2021.

Essakane continued to deliver strong results although there are ongoing challenges with gold recoveries in processing ore with high graphitic content. Attributable gold production of 106,000 ounces was 4% higher than in the prior quarter and 28% higher compared with the same prior year period, primarily due to higher head grades, partially offset by lower recoveries.

Mining activity of 15.3 million tonnes was higher, benefiting from increased operational efficiencies and modifications to the hauling fleet resulting in increased mine transport capacity and reduced downtime for maintenance. Increased coordination between the mine and the mill to manage feed rate and grade had a positive impact. The strip ratio of 3.3 was higher by 38% compared with the prior quarter and 57% compared to the same prior year period, as the site progressed on strategic pushbacks.

The site renewed its collective bargaining agreement in July 2021, which will be in effect for three years until June 30, 2024.

An upward revision to attributable production guidance for Essakane of 390,000 to 400,000 ounces reflects the higher grades achieved in the first half of the year, which are expected to normalize in the second half. The mill feed is expected to be supplemented by ore stockpiles in the third quarter to offset the impact of seasonal rains. The Company expects to make a decision with respect to the proposed future heap leach operation in the first half of 2022. Capital expenditures are expected to be approximately $140 million in 2021 with higher capitalized stripping on strategic pushbacks expected in the second half of the year.

Capital expenditures for the Boto Gold Project in 2021 were budgeted at approximately $55 million for an early works package that includes a road providing permanent access to the site, engineering for critical plant equipment and sustainability programmes targeted to promote cohesion with local communities and to ensure adequate environmental protections. The Company is assessing these activities and the capital expenditures and timing associated therewith as well as value enhancing opportunities for this project generally.

Capital expenditures totalled $8.2 million in the second quarter and $22.7 million in the first half of 2021. Subsequent to the end of the second quarter, several contract workers tested positive for COVID-19 and remain under observation before being released into isolation. Testing and contact tracing has been undertaken and the situation is being monitored. At this time, the Company does not expect a material impact on project activities.

Gold production in the second quarter of 8,000 ounces was 14% higher than in the prior quarter and 60% lower than in the same prior year period. An extensive evaluation of the mine and a business recovery plan for underground mining operations at Westwood has been in progress with a focus on safety following the seismic activity in the fourth quarter of 2020.

The Company initiated a staged recall of underground workers in the second quarter which has been slower than planned due to labour market conditions, with resources still required in the mining, milling and technical services areas. Additional recruiting and training is underway to achieve the workforce necessary to deliver the updated underground short-term production plan.

Underground operations in the East Zone recommenced in June 2021. The Company is experiencing slower productivity in underground mining activities than estimated. One of the major contributing factors is the implementation pace of the necessary enhanced safety measures in keeping with a safety-first culture, such as enhanced ground support recommended by a group of external experts, to safely access planned zones of extraction. In addition, also with a focus on safety, additional egresses in the planned zones of extraction will be constructed. Underground conditions in the West and Central Zones continue to remain under assessment. Based on information currently available, management expects that mining in these zones will resume in the first quarter of 2022.

In addition, initiatives to address harder ore being encountered in the Grand Duc open pit are continuing.

Westwood’s 2021 production guidance has been reduced to 35,000 to 45,000 ounces from 45,000 to 65,000 ounces due to the factors set out above. The impact of these factors on 2022 planning is also being assessed, see “Risks and Uncertainties” in the Company’s Q2 2021 Management Discussion and Analysis. The Company’s business recovery plan is ongoing and the operational resiliency plan is intended to ensure continued safe extraction activities. Development, rehabilitation and extraction activities are expected to ramp up in the second half of 2021. Capital expenditures are expected to be approximately $20 million, mostly related to deferred development and underground infrastructure. The Company is working on a short-term three year operating plan which it expects to complete prior to the end of 2021. In addition, the Company is continuing to evaluate this asset to identify the optimal path forward for the Company and the site workforce.

The Company today issued a separate news release update on the construction progress at Côté Gold.

The Project schedule remains on track for commercial production in the second half of 2023 and the Company expects to release an initial mineral resource estimate for the Gosselin zone in the fourth quarter of 2021. 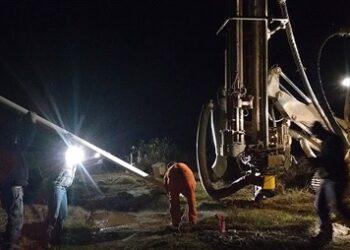