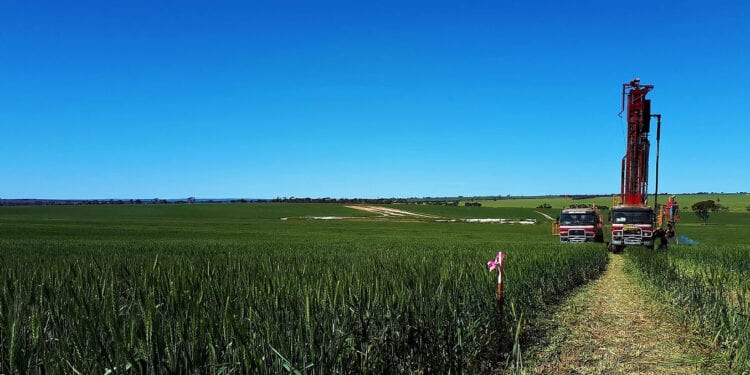 The new intersections have been identified in the results from a 5,614m aircore drilling programme recently completed at the Benalla Project at Leonora.

Drilling tested BGT1 and BGT3, two priority geochemical and geophysical targets on the Benalla Gold Trend (BGT) and strong gold-in-soils and rock chip results at the Central Target on the Darlot Project.

The company’s projects are along strike from and surrounded by significant gold production, development and exploration projects including St Barbara’s Gwalia Project (ASX:SBM) and Kin Mining’s Cardinia Project (ASX:KIN).

Commenting on the results, Managing Director James Merrillees said Golden Mile was looking forward to continuing the strong start to 2021 with drilling planned through the remainder of the quarter.

“These are exciting early-stage results at Benalla given the size, widths and tenor of the intersections and location with respect to KIN’s Cardinia Project and support deeper drilling as well as the testing of additional high potential targets.

“Benalla is a highly prospective but historically underexplored part of the prolific Eastern Goldfields and we’ve barely scratched the surface on our significant land holding in a prime patch of WA gold real estate. I’m confident further drilling will build on these promising early results.

“With our modest market capitalisation, strong technical team, and a track record of spending money in the ground on our best targets, Golden Mile provides investors with exceptional leverage to further drilling success.”

The company’s recent focus at Leonora has been the follow up of targets defined from recent auger sampling and airborne geophysical programmes at Benalla.

In mid-2020 the company completed a first phase aircore drilling program at Benalla testing targets BGT2 and BGT4 with gold-in-soil results of up to 371ppb and 374ppb Au respectively.

These targets lie along strike to the southeast of Kin Mining’s emerging East Lynne gold trend with BGT2 showing a very similar magnetic anomaly to Kin Mining’s Cardinia Hill prospect, and both targets appearing to lie on a northwest trending structure towards the Cardinia area.

A systematic RC drilling programme is also planned to test several of the identified mineralised structures to determine the full extent and gold grade of these structures as well as test for mineralisation underneath the shallow aircore holes drilled to date.

Lithium: Are the OEMs Playing Checkers Instead of Chess?