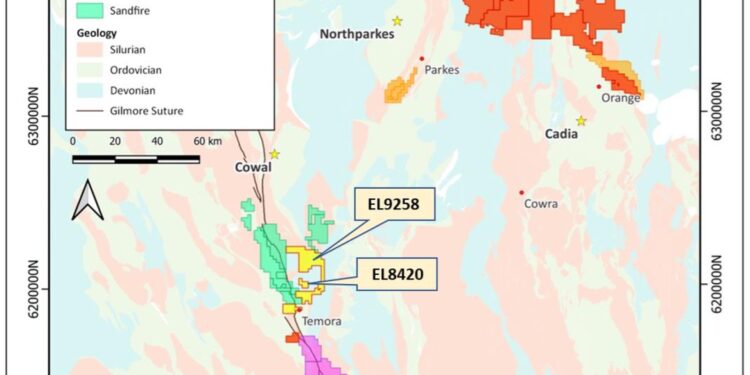 Godolphin Resources Limited (ASX: GRL) has entered into a farm-in and joint venture agreement with EX9 Pty Ltd, providing Godolphin with the opportunity to earn up to a 75% interest in the Narraburra Rare Earth Element Project located 15km north of Temora in central west NSW.

The Narraburra area was first explored for REEs associated with the Devonian-aged Narraburra Granite in 1999. It was later identified as one of Australia’s largest zirconium, REE and Rare Metal (RM) resources, which also contains significant amounts of lithium. It is listed as a critical minerals project by the Critical Minerals Facilitation Office of the Australian Government’s Department of Industry, Science, Energy and Resources and Australian Trade and Investment Commission and is a significant opportunity for Godolphin.

Narraburra is 30km from the GRL’s recently acquired Sebastopol target and 60km from its Gundagai Project.

“We are very pleased to have secured this agreement with EX9 to progress a farm-in for the highly prospective Narraburra REE Project.

“Importantly, there has been considerable historic exploration activity undertaken, which provides us with abundant initial data, upon which we can base the next phase of project assessment which we will now expedite. REEs are vitally important for the future growth of clean energy technologies,” Ms Owens said.

“Producing REEs in an ESG-compliant and stable jurisdiction like Australia will ensure a highly sought-after product by world markets.

“This new project complements our existing copper and zinc projects, which are also an important part of the greener technologies the world is increasingly accelerating towards.

“Furthermore, REE projects are being actively supported by both state and the national governments, so the farm-in on the Narraburra Project is a significant strategic move by GRL.”

The farm-in and joint venture agreement includes two tenements, EL 8420 and EL 9258, and covers a total of 349 sq. km. Mineralisation is hosted in a fractionated, peralkaline intrusive complex of Late Devonian age.