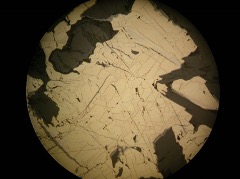 “Rhodium assays received from the recently discovered lower zone at Callisto contain grades up to 0.13 g/t, the highest we have so far seen at the project,” Managing Director Brad Underwood said.

“The high rhodium content in drill hole NRCD279 was intersected within a five-metre seam with over 3 g/t palladium plus platinum, and individual one metre intervals grading up to 0.70% copper and 0.59% nickel.

“New intersections with grades like these are very encouraging and show that we have only just started to explore the mineralisation at Callisto. Our understanding is limited to the small area we have drilled, and with mineralisation open both to the northwest and southeast, we believe that the potential for new zones of mineralisation is exceptional.

“Our petrography results also show that we have similar rock types to the Platreef palladium deposits in South Africa. Other similarities include the style of mineralisation and the metal distribution. This tells us the prospectivity of our Norseman project area is much higher than previously recognised and the opportunity for ongoing discoveries is significant.”

Petrographical samples were prepared and examined under the microscope to determine rock characteristics. Rock descriptions included a partly serpentinised harzburgite above the mineralised zone. This is interpreted to be part of the larger sill complex which was in turn intruded by the mineralised sill, described as a meta- pyroxenite.

The disseminated style of sulphide mineralisation, the contained metals (Pd, Pt, Rh, Au, Ni, Cu), the host rock, and the mineralised rock units, all show a resemblance to the disseminated sulphide ore bodies of the Platreef deposits on the northern limb of the Bushveld Complex in South Africa.

Much of the world’s platinum and palladium is produced from South Africa, and the similarity between Callisto and the Platreef deposits is highly encouraging for the regional prospectivity of Galileo’s Norseman project.