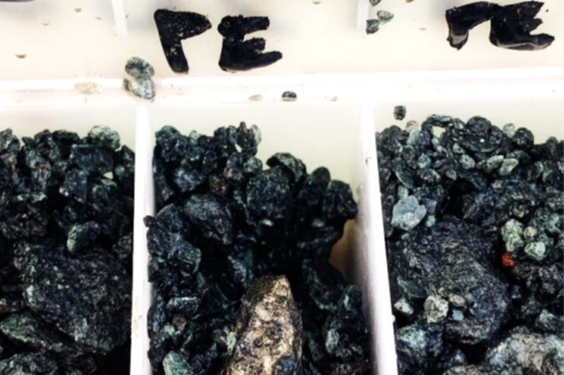 Galileo’s Managing Director, Brad Underwood, said this an exceptional result from the Norseman project and, with every drill hole undertaken so far intersecting mineralisation, the company is hopeful that the initial drill hole will translate into a high-quality resource for mining,” he said.

“While we are at an early stage in the discovery process, the thick and consistent zone of mineralisation, and the extensive prospective strike length, suggests the potential for a large mineralised system.

“In addition to Callisto we also have multiple PGE-nickel-copper targets at our Jimberlana and Mission Sill prospects to the south that offer new opportunities for further discoveries.

“Galileo remains fully funded with $8.2 million at the end of the March quarter and able to continue aggressive exploration programs at all our projects. We look forward to updating the market as work progresses on this exciting new West Australian discovery.”

Six holes for 1,142 metres were drilled at Callisto. The target is a mineralised sulphide unit developed at the base of an ultramafic sill where it intrudes into a package of sedimentary rocks.

Drill holes were completed on two east-west lines spaced 50 metres apart with a 50-metre drill spacing along the lines.

Drill hole NRC266 recorded the widest interval of sulphide mineralisation with sulphide abundance increasing to the east in the drilling.

The zone to the east of NRC266 is now a priority target for drill testing.

Laboratory assays for the remaining drilling at Callisto (NRC264, NRC265, NRC267-NRC269, and remaining sections of NRC266) are expected in approximately six weeks.

The initial samples from NRC266 have been re-submitted to the laboratory for nickel sulphide collection fire assay (to test for rhodium, osmium, ruthenium, iridium, palladium, platinum, gold).

Significant prospectivity could be added to the area if the samples are found to contain rhodium or other PGE metals.

Down hole EM surveying of NRC266 and NRC269 is currently underway with survey results to assist with the design of upcoming drilling.

RC drilling will resume at Callisto as soon as possible and with the expectation that this will occur in mid-June.

Initial appraisal of the results from Callisto indicates similarities in mineralisation style to the Platreef deposits on the northern limb of the Bushveld Complex in South Africa. Mineralisation at Platreef is contained within disseminated sulphides of less than 1% to more than 25% with very rare massive sulphide.

Drilling to date at Callisto has intercepted disseminated sulphide of less than 5% with sulphides increasing to the east.

The Platreef deposits are very large in nature and have combined indicated resources of >700Mt at a 1 g/t 3PE+Au cut off (3). Contained metals at Platreef include palladium, platinum, gold, rhodium, copper, and nickel.

Galileo controls virtually all of the prospective areas and it is noteworthy that significant early-stage palladium results in aircore drilling have been returned from both the Mission Sill and Jimberlana prospects.

Further work on these prospects will be undertaken in conjunction with ongoing work at the Callisto discovery.

Forward work programme in 2022 at the Norseman project

1) Assaying of all drill holes from the current RC program