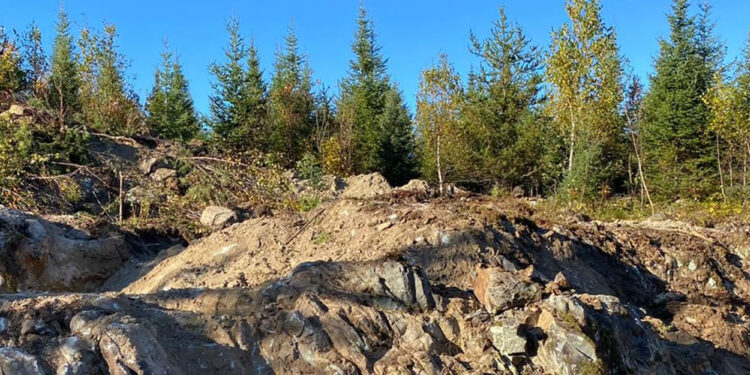 Element79 Gold Corp. (CSE:ELEM) has received promising results from its 2021 Phase I Exploration Programme on the Dale Property, located within the Swayze Greenstone belt of the Abitibi Subprovince in Canada.

The Work Programme, consisting of bedrock trenching and soil sampling, was designed to follow up on several prospecting samples taken by the vendor of the Dale Property which indicated the presence of elevated gold, and was completed over several weeks in the fall of 2021.

Highlights of the Work Programme:

“The first phase of exploration on the Dale Property yielded highly-valuable data on its underlying geological trends and mineralisation, supporting the team’s initial expectations based on early prospecting samples,” President and CEO, James Tworek, said.

Results of the Work Programme

Utilising the high-resolution data obtained from the drone-based magnetic survey completed by Element79 Gold in 2021, the Work Programme consisted of trenching, channel sampling, prospecting, mapping, and soil sampling, following up on historic prospecting by the vendors of the property which has yielded up to 3.8 g/t Au, including several highly anomalous samples grading greater than 0.1 g/t Au, with assay results pending.

A total of five trenches were excavated, with a total of 83 rock samples and 49 soil samples which yielded results comparable to earlier reconnaissance prospecting, returning up to 2.6 g/t Au from Trench 3, the location of the highest gold assay provided by the vendor, and expanding the original outcrop, leading to a better understanding of the controls on mineralisation.

Five other grab samples returned > 0.2 g/t Au, with soil samples additionally returning anomalous values up to 54 ppb Au in 8 of 49 samples, suggesting soil sampling is an effective exploration tool on the Dale Property.

The company said the results of the Work Programme warrant an extensive mapping, prospecting, and soil sampling programme over the Dale Property to further expose the east-west mineralisation/deformation zones that cut the Dale stock grandiorite to see if they can be exposed over a large area.

Element79 Gold intends to pursue an Induced Polarisation survey to identify areas of increased pyrite alteration within these shears, which appear to correlate with increased gold mineralisation.

On January 12, 2022, Element79 Gold announced it had staked an additional 245.5 hectares directly adjacent to the Western and Northwestern borders of its existing claims, bringing the total land package to 1980.5 hectares.