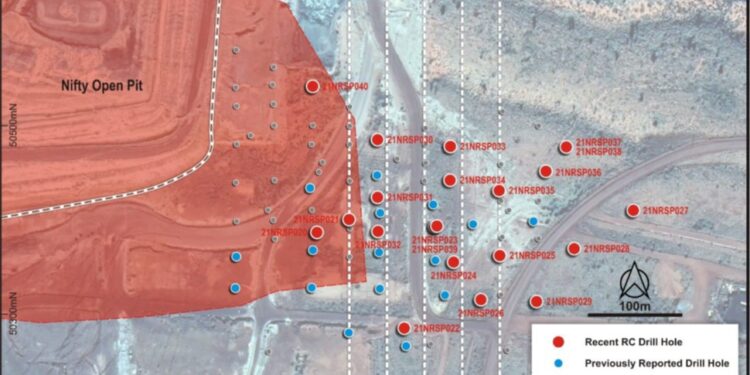 “The first phase of drilling at Nifty East has firmed up our understanding of the copper mineralisation extending from the current Nifty open pit and clearly demonstrates excellent potential to grow the existing resource further east,” Executive Director, Barry Cahill, said.

“The results will be added to the resource model. These East drilling results along with the previously released West drilling clearly demonstrate the potential to expand the mineral resource as further phases of drilling proceed.”

The drilling has confirmed oxide and transitional mineralisation previously identified in historical holes. New extensions to sulphide mineralisation to the east and at depth have also been identified.