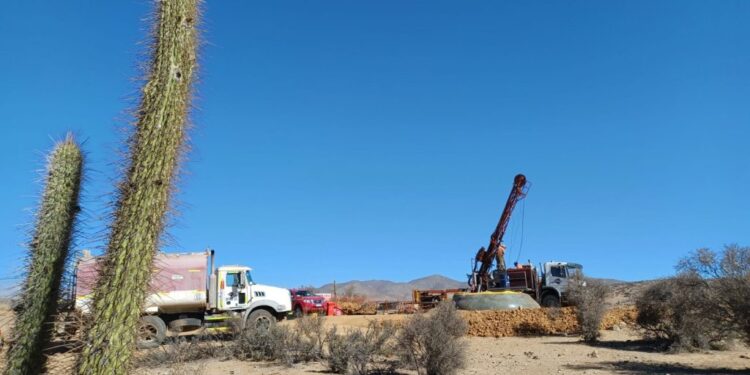 A new breccia system has also been discovered west of the Lana Pipe in the T3 target area identified by a recent ground magnetic survey.

“CMLCD005 is another wide >1% copper intercept confirming our belief that the Lana Corina Project has the potential to host a significant >1% near surface copper orebody,” Managing Director, Max Tuesley, said.

“This hole has also confirmed the discovery of a new, previously unknown breccia hosted copper zone that corresponds to the recently identified T3 ground magnetic target. This has the potential to transform the prospectivity of the north-east sector of the Lana-Corina-Laura mineralised zone with multiple, high priority targets identified in the ground magnetic survey analogous to the T3 target over an approximately 1,000m strike.”

Significance of Near Surface Breccia in CMLCD005

The discovery of shallow breccia-hosted copper mineralisation within drillhole CMLCD005, coincident with a high-priority ground magnetic target (T3) has transformed the prospectivity of the north-east sector of the Lana-Corina-Laura mineralised zone.

The ground magnetic survey has highlighted the scale of the copper target footprint at Lana Corina with 13 additional targets identified and appears to be an excellent indicator of the district potential. The near surface mineralisation identified in CMLCD005 has confirmed the company’s exploration model and coupled with the deeper zone of high-grade copper mineralisation, it highlights the significant potential to expand the area of known mineralisation.