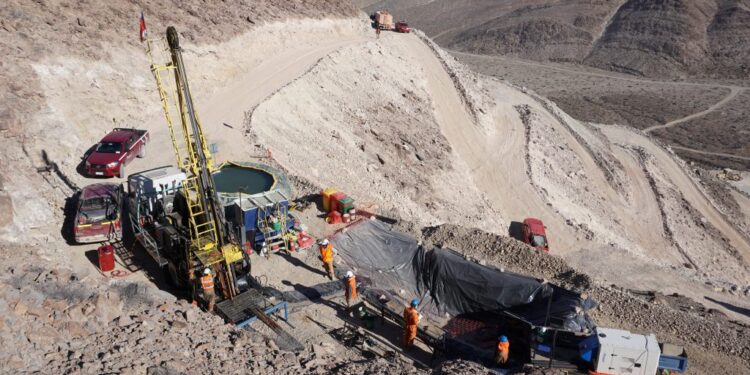 These first two holes intersected broad near surface zones of copper and gold mineralisation that include the results below.

▪ Bulk of the >6km copper mineralised trend remains untested and is considered highly prospective ▪ Assay results have been received for two holes with all holes returning encouraging copper and gold results including: Drillhole – CMPDD003

“These are very encouraging results from the maiden drill program with every hole returning zones of significant copper and gold mineralisation, highlighting the potential for Las Petacas to host a significant copper deposit. The results confirm historical drilling and illustrate potential for copper mineralisation over a the >6km-long trend which remains largely untested,” Managing Director, Max Tuesley, said.

The current drilling program has confirmed the presence of copper mineralisation within the >6km mineralised trend at the Las Petacas Project.

These results are particularly significant at Peta 1 where mineralisation remains open at depth and along strike. Seven diamond drillholes totalling approximately 2,400m are now complete at Las Petacas, with an eighth hole currently being drilled.

Assay results have been received for an initial two holes. The Company has submitted five holes to ALS Global Laboratory for analysis of copper and gold and additional results will continue to be reported in due course.

Four holes have been completed on the Peta 1 Prospect, where significant trench assay results were returned historically and three holes have targeted anomalies previously defined at Diego.

The drill holes at Peta 1 have intersected skarn-style breccias with elevated copper grades consistently over the length of the drillhole. Dacite intrusive rocks are intimately associated with the skarn alteration and exhibit strong stock-work mineralisation with visible sulphides. 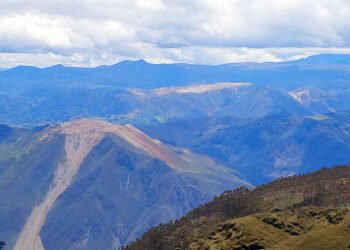