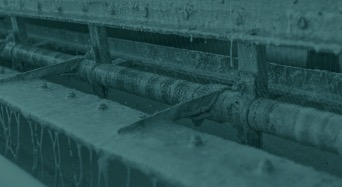 The latest set of assay results have confirmed continuity of high-grade lithium mineralisation, with a current strike length of 750m within the Main Zone at Mavis Lake.

“Beyond the Main Zone, Mavis Lake consists of additional drill ready targets centred on mapped spodumene-bearing pegmatites, outcropping at surface. Multiple drill targets are planned and under permitting, the company is only in the early stages of testing the true potential of Mavis Lake.

“As the downstream industry continues to announce further multi-billion dollar investments into electrification of the automotive industry, and legislated change as highlighted by the European Union’s latest decision to effectively ban the sale of internal combustion engines from 2035, the industry is set for significant long-term growth and we believe Mavis Lake puts us in an outstanding postion to capitalize on this growth.”

All assays released to date have confirmed lithium mineralisation over a 750m strike length, with an approximate 50m drill hole spacing within the Main Zone. This structured and deliberate approach to drill planning and execution will underpin the maiden Mineral Resource Estimate (MRE) work, which in underway and expected to be released in Q1 2023.

Ongoing extension drilling and pending assay results will all support the maiden MRE. A site visit is being planned by the MRE consultants and likely to be completed in the next one to two weeks.

Drilling of Pegmatite 17, a large spodumene bearing outcrop, is planned to commence in early November. The area around Pegmetite 17 has not previoulsy been drill tested by Ciritical Resources.