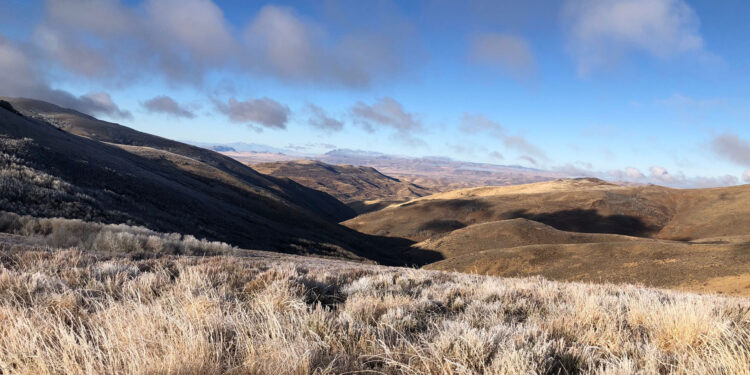 The survey will include four East-West lines from across the property and is slated to begin mid-July, 2022.

The survey will be conducted ahead of our planned drilling at Rock Creek and will be used to both finalise the company’s drill hole selection and build upon understanding of the geology at depth.

The two southernmost lines will cross the 1.6 km gold-arsenic anomaly outlined by a Mobile Metal Ion (MMI) soil survey carried out by Ironwood Gold Corp. in 2010.

Line 1 is also in the area of outcropping Paleozoic sequence and assumed to be lower in the stratigraphy. Line 2 crosses the widest portion of the MMI anomaly along transect with two of the proposed drill holes.

The two northern lines (3 and 4) cross or are proximal to a historical drill program carried out by Shell in 1983 which yielded interesting results. Line 3 bisects historic holes CC-10 and CC-11 which each reportedly intersected 100 feet of 0.02 opt gold mineralization (Cruson and Limbach, 1985 in Amended Technical Report – Rock Creek Project, Rock Creek Mining District, 2019).

Line 4 is just south of historic hole CC-2, which is described as having encountered pyritized, carbonaceous siltstone at depth:

The company also announced that is has closed a non-brokered private placement in the amount of $176,500.05.

The company intends to use the proceeds of this first tranche private placement for the above mentioned CSAMT programme, sampling, other field work and general corporate purposes.