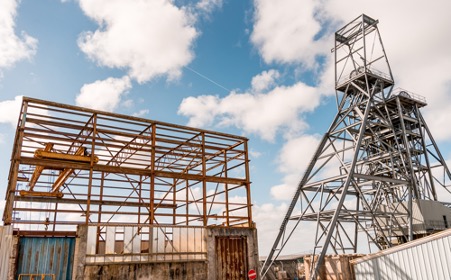 Cornish Metals Inc. (TSXV/AIM: CUSN) has further advanced its plans to develop the South Crofty high-grade, underground tin project through to delivery of a feasibility study, as well as exploring its additional mineral rights, all located in Cornwall, SW England.

“The Trenares Target drill programme has been successful in demonstrating the presence of multiple zones of mineralisation in an area of the United Downs project that is underexplored, has never been mined and represents a compelling exploration target,” CEO, Richard Williams, said.

“The presence of high-grade tin and zinc warrants further follow-up exploration. Once we are in receipt of all remaining drill programme assays, we can evaluate the priority targets for follow up work.”

The drill programme at United Downs project is now complete, with results pending for a further five holes drilled into the Mount Wellington, UD Lode, and United Mine targets still pending. In addition, eight drill holes for 2,501m were drilled at the Carn Brea South Target, located approximately two km southeast of South Crofty mine site. Results for these drill holes will be released in due course.

The drill rig has now been moved to South Crofty where it will start an 8,000-12,000m drill programme designed to collect samples for metallurgical testwork as part of the South Crofty Feasibility Study leading to a construction decision for the South Crofty mine.

This programme will involve three drill rigs testing the eastern, central, and western part of the mine complex. The other two drill rigs are expected to arrive at South Crofty over the next four to six weeks.