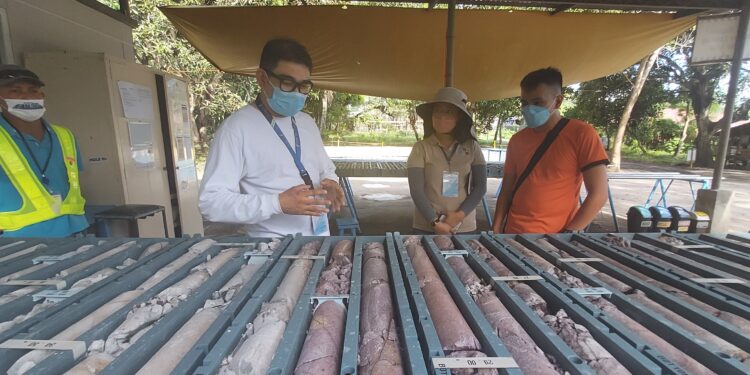 Celsius Resources Limited (ASX:CLA) has confirmed shallow extensions to the large scale copper mineralisation previously discovered at its Sagay Project in the Philippines with results from three drill holes.

“The copper mineralisation covers a huge area at Sagay at depth, and we are now proving this up at shallower levels. This round of drilling has confirmed that the mineralisation now extends up close to the surface, extending up from the earlier discoveries which has intersected copper mineralisation from around 100 meters to over 1,000 metres depth,” said Celsius Executive Chairman, Martin Buckingham.

The results identified extensive geological alteration and other features which are interpreted to be linked to the porphyry copper mineralisation at Sagay.

“The discovery of key geological features and copper mineralisation near surface is an important stepping stone, with further follow-up now required to define the higher grade core to this system also at shallow levels.  This is extremely encouraging as it also allows us to consider lower cost bulk mining methods as part of our next phase of studies at the Nabagia-a Hill Project area,” said Mr Buckingham.

The Sagay Copper-Gold Project is located in the north-eastern part of Negros Island, within the cities of Sagay and Escalante and within the Province of Negros Occidental, Philippines.

Negros Island is part of the central group of Islands in the Philippines commonly referred to as “the Visayas”.  Access to the project area is through Bacolod City, the provincial capital of Negros Occidental. Bacolod City to Sagay is an 81 kilometres drive through well-paved highway.

The areas of interest were cantered on one of two prominent hills that stand out on the project area – being Nabiga-a Hill. The Sagay Project appears to contain  very large-scale porphyry copper mineralisation at depth defined by the numerous thick drill hole intersections as seen in the historical drilling conducted by TMCI (a wholly owned subsidiary of Freeport-McMoRan Inc., at the time), between 2012 and 2016.

The definition of large scale shallow copper mineralisation which could link up with the previously discovered mineralisation at deeper levels will enable CLA to consider lower cost bulk mining methods as part of the next phase of studies at the Nabagia-a Hill Project area.