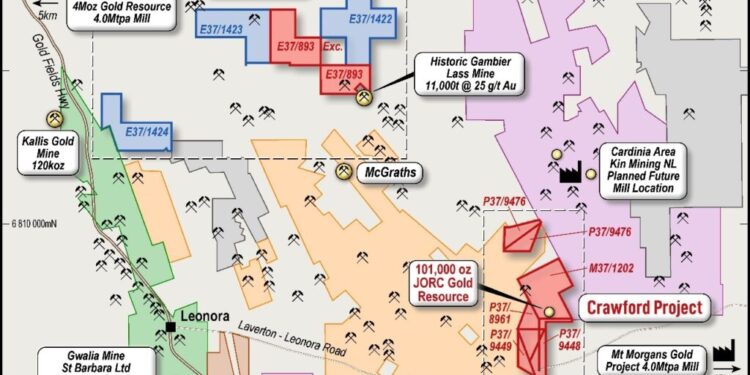 “The Company’s initial campaign over the existing resource was designed to provide further confidence for mining activities via infill drilling to grade control standards over the central supergene lode and test for potential extensions to the resource along strike and depth. Both goals have been achieved,” Executive Technical Director, Daniel Tuffin, said.

“Significantly, while the central supergene lode has now been de-risked for mining, the complexity of the remaining resource areas has increased. The discovery of a new sub vertical zone and the confirmation of the northern fresh rock zone indicates that further exploration drilling is required at Crawford. The expert’s report concurs, recommending further exploration of the extent of the resource given it remains open along strike and at depth.

“In light of these new discoveries and developments the Company will now look to pause the pre-feasibility study (PFS) to allow further time for review, and to plan the implementation of a second drill program at Crawford to investigate these new zones and test further extension of mineralization along strike and at depth.”

Five domains were modelled. Domains 1 to 4 are oxide domains modelled as flat lying supergene zones within the oxidised zone. Domain 5 has been modelled as a sub-vertical mineralized zone based on a series of holes that indicate a vertical structure rather than a flat lying zone. This zone requires additional drilling to confirm the orientation and extent.