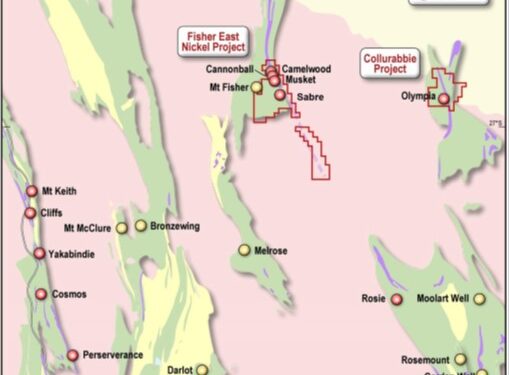 Cannon Resources Limited (ASX: CNR) has more than doubled the vertical extent of nickel mineralisation at the Sabre prospect in Western Australia.

Recently completed deep diamond hole MFED122 has intersected nickel sulphide mineralisation at 650 metres vertical depth from surface and beneath and down-plunge of the Sabre resource. MFED122 intersected 6.4m @ 1.3% Ni from 735.87m which included an internal zone of 5.1m @ 1.5% Ni from 737.21m.

“Hole MFED122 was drilled 520 metres down plunge and 350 metres vertically below the existing drilling at Sabre,” CEO, Steve Lynn, said.

“With such an aggressive step-out, we sited the hole towards the centre of the channel, to maximise our chances of success.

“To intersect the mineralisation as targeted is an exciting outcome that confirms the Sabre channel is mineralised to at least these depths.

“The grade is similar to the existing resource average, however a further interval of about 0.5 metres adjacent to the main zone, consists of massive nickel sulphide @ 5.3% Ni. This is interpreted to be remobilised and likely structurally emplaced into komatiite above the basal mineralised sequence.

“The search space remains open for further and thicker mineralised zones, and we are keen to test this area with DHEM at the earliest opportunity.”

Hole MFED122 was drilled to test the concept that nickel mineralisation within the Sabre channel continues well below the extent of the current resource.

Cannon geologists were confident that the mineralisation and channel plunge were interpreted correctly and given the relatively shallow depth extent of the current resource drilling, a large step-out for a deep hole was considered. Therefore, MFED122 was drilled at twice the vertical depth and a massive 520 metres down the plunge from the deepest and closest mineralised holes.

Hole MFED122 intersected the komatiite contact within 3 metres of the predicted depth, demonstrating the predictable nature and solid foundation of our geological model. Strong komatiite hosted disseminated sulphide mineralisation was encountered on the basal contact.

Assay data show that nickel mineralisation is in line with the average grade of the existing resource at Sabre and highlights the potential for further resource expansion down plunge.

Additionally, a 0.5 metre zone of massive nickel sulphides grading at 5.3% Ni was intersected 2.9 metres stratigraphically above the basal disseminated mineralisation. This zone was interpreted to be structurally emplaced and remobilised.

Again, this highlights the potential for structurally emplaced high-grade zones nearby that are similar in style to that along the northern margin of Sabre (recent holes MFED103, MFED105, MFED117 and MFED118).

This style of target will be a priority for future drilling campaigns at Sabre. 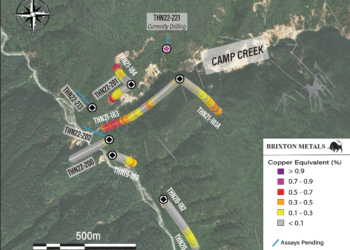