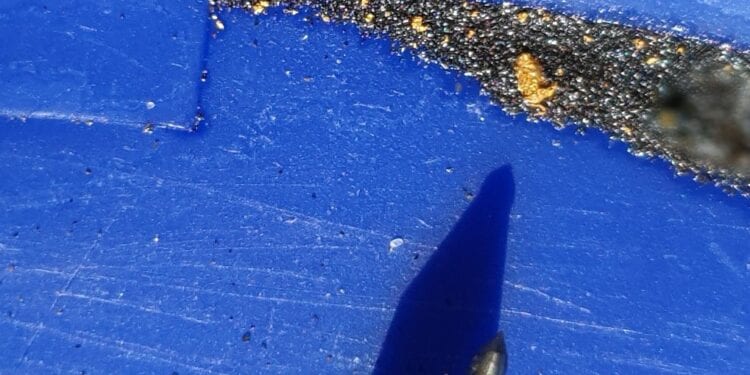 Managing Director, Neil Marstonn said the results from this testwork confirmed and increased the overall grade of the gold mineralised interval in BBRC049 (using a 0.5 g/t Au cut-off grade) to12 metres @ 5.13 g/t Au from surface, including 2 metres @ 21.48 g/tfrom three metres.

The samples also recorded an average of 94% gold recovery using cyanide leaching. This is a very positive result, demonstrating the potential gold recoveries from Windalah using conventional cyanide leaching.  Bryah has recently completed further drilling at Windalah with the results of seven holes due to be received later this week.

“We are delighted with these test results. These results confirm and increase the high-grade gold interval which was reported previously for hole BBRC049. Overall, the mineralised zone is 12 metres at 5.13 g/t gold from surface in this drill hole,” Mr Marston said.

“A very high-grade interval within this gold mineralised zone, which we originally reported as 2 metres @ 17.19 g/t gold from 3 metres, using conventional fire assay techniques, has reported an even higher grade of 2 metres @ 21.48 g/t gold from this bulk leaching testwork.

“These results support our view that the gold from Windalah will be amenable to processing using conventional cyanide leaching techniques.

“We have completed a follow-up drilling programme at Windalah last month and expect to receive the assay results for seven new drill holes from the laboratory later this week.”