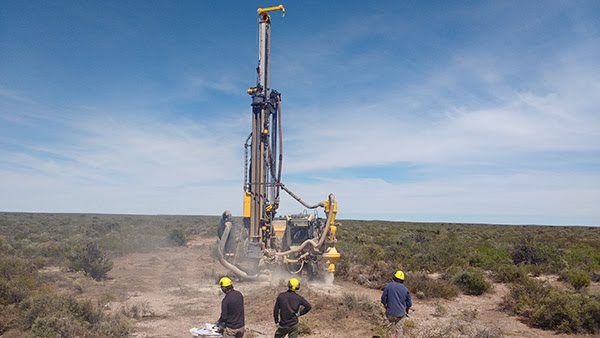 A 4,500m regional exploration drilling campaign remains in progress. Complete final results from initial exploratory drilling at Ivana North are expected to be received and interpreted shortly, and the second portion of the planned program focused at Ivana Central will resume once updated permits are received.

“Our goal to advance the Amarillo Grande Project into a multi-deposit uranium district requires a two-pronged approach to both identify new deposits through exploration along the 145-kilometre-long project trend and advance our cornerstone Ivana deposit,” President and CEO, Nikolaos Cacos, said.

“We believe that this additional drilling at Ivana has potential to expand and upgrade the current mineral resources” stated Nikolaos Cacos, Blue Sky President & CEO.

The planned Ivana drilling programme will include an estimated 260 shallow holes. Drilling will test the potential expansion of the Ivana deposit to the west where the 2018 pit channel sampling programme returned encouraging results, including up to 5,032 ppm U3O8 & 323 ppm V2O5 over 1.7m at AGI-CAL26.

Pit sampling only tested to depths of less than three metres, so the near-surface mineralization in this area remains open at depth.

In addition, the new drill programme includes holes in areas of lower drill hole density at the margins of, and within, the Ivana deposit to aid in upgrades to the mineral resource estimate that will support advanced engineering studies.