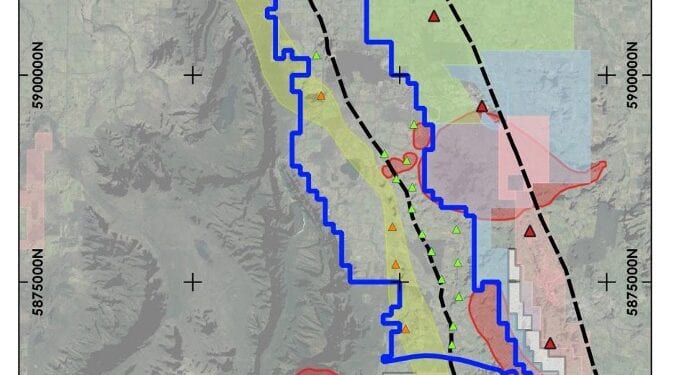 Alteration Mapping Targets To Be Tested In 5,000 Drilling Programme

These targets will be drilled as part of the 5,000m air core programme starting later this month. The satellite imagery has also identified further targets in “copper” prospective host rocks which the company plans to drill in June 2021.

In addition to confirming existing and identifying new drill targets, the datasets have also highlighted priority areas for soil geochemistry.

Battery Minerals Managing Director David Flanagan said the satellite images were important because they provided more evidence of the substantial exploration potential at the Stavely-Stawell project.

As part of its systematic exploration campaign, the company has identified geological trends with known endowments of gold, copper and other base metals.

The historic Moyston gold mine on its Stavely-Stawell Project is located on the Moyston Fault. The Stawell Gold Mine is to the east (associated with structures intersecting basalt domes) and Stavely Minerals’ Thursday’s Gossan copper deposit and Navarre Minerals’ Morning Bill prospect are to the south of the company’s Stavely-Stawell Project within the extension of the Stavely Volcanic Sequence. All these provide strong and relevant mineralisation models to apply across the area.

Within these “geological trends”, the company is acquiring and applying a combination of data sets to generate quality targets and narrow its focus in preparation for drilling.

Across a strike length of ~67km, Battery Minerals is applying the latest exploration techniques to look for signatures of substantial alteration systems capable of delivering significant discoveries.

Since completing the acquisition of the project in October 2020, the company has collected and validated large datasets and sustained fieldwork for the first time on the ground, which has been closed to exploration for over 20 years.