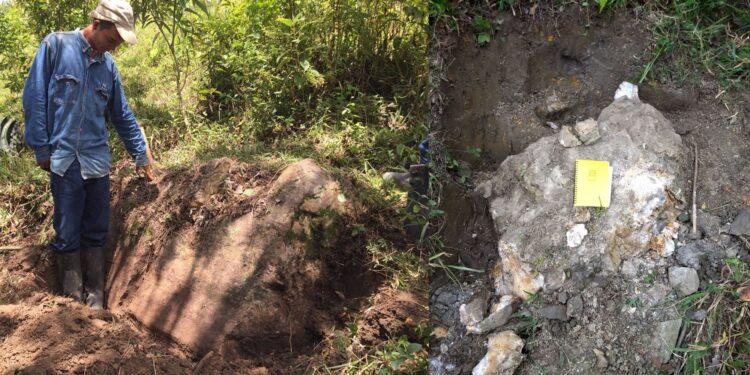 Drilling will be focused on a set of at least two closely spaced main parallel veins, plus additional narrow satellite veins identified in a similar trend and orientation as those recently drilled at the La Ye target.

Drilling will follow the initial delineation of the vein system targeting the shallow zones and close distance step outs. Chip samples collected in 2021 on the veins outcropping in this area to be targeted by the drill returned values as high as 1,587, 1,426, 1,345 and 1,265 gpt AgEq.

The company has received and interpreted soil sample results from its Phase 1 programme where contour sampling was undertaken in different selected zones where vein occurrences are known.

At the Tavera zone, soil sampling was carried out covering a part of a large structural deformation corridor where there is an inferred vein system which is not exposed at surface. Soil sampling assay results in this zone revealed very highly anomalous values in gold, including over one dozen samples returning more than 3.0 gpt Au, all clustered in an area of 200 m x 100 m.

Baroyeca has extended the soil sampling grid to cover the surrounding area for a total of 650 m x 200 m and about 200 additional soil samples have been sent to ALS Laboratories for assaying. Results are pending.

The vein strikes north-easterly in the same dominant direction as the previously known vein outcrops located to the east of the newly discovered area where they seem to be in trend with La Ye.

“Our field crew continues delivering on our prospecting work, and we are very impressed by the assay results from the Phase 1 soil sampling campaign,” President, Raul Sanabria, said.

“Having a tight cluster of soil samples consistently returning more than 3 grams per tonne gold over a known structural corridor is proving the strength of our geological model.

“Discovering an additional large gold-silver vein outcropping in the area where we are about to start drilling increases the chances of finding and delineating a multiple large-scale vein system, like the one we just drilled at La Ye.”

Baroyeca’s field team is now focused on delineation of the Tavera-Rancho Viejo-Veta 8 vein system, coincident with a large deformation corridor while drilling resumes in that area.

Baroyeca has received landowner drilling permits for the 2022 drilling programme, which will seek to expand and better define both the western extension of La Ye past the Santagueda fault in the Tavera sector. Target development progresses in the Tavera-Rancho Viejo-Veta 8 area. Drill holes will include step-outs to define the potential high-grade shoots.