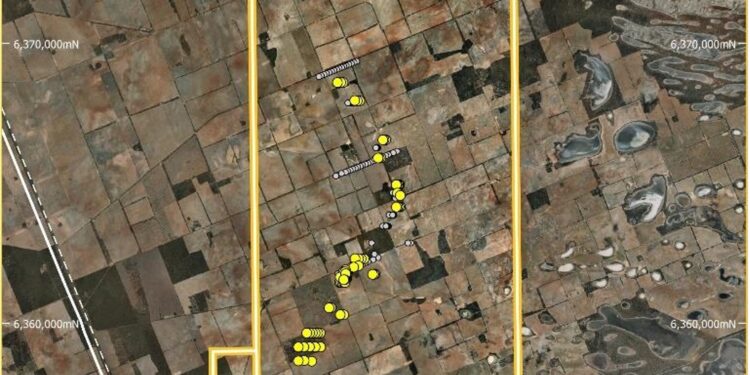 Aruma Resources Limited (ASX: AAJ) has commenced the next phase of drilling at the Salmon Gums Gold Project near the mining town of Norseman in the Eastern Goldfields region of Western Australia.

The company plans to drill up to three diamond core holes in the programme, with drilling to depths of around three hundred metres.

Drilling is designed to provide a deeper geological understanding of the Salmon Gums Project. The program will generate core samples to allow for definition of rock types, mineralisation types, metallurgy and stratigraphy, along with gold grades and controls.

“With the high-grade gold intersections from our maiden programme clearly demonstrating the Project’s potential to host multiple high-grade gold quartz vein and lode style orebodies, these diamond drill holes will help Aruma to better characterise and understand the Salmon Gums mineralisation and guide the next phases of field work and drilling,” Managing Director, Peter Schwann, said.

About the Salmon Gums Gold Project

The Salmon Gums Project (EL63/2037, EL63/2122) covers a total area of 222 sq. km, and is located 200km south of Kalgoorlie, and 60km south of the mining town of Norseman. The Project is situated 30km south and directly along strike in the same stratigraphy as Pantoro Limited’s rapidly expanding high grade Scotia Gold Project.

Aruma completed a total of 6,243m of RC drilling in its maiden drilling programme at Salmon Gums. This consisted of an initial 2,298m in thirty three holes and a follow-up phase of drilling for 3,945 metres in thirty-nine holes.

That programme reported exceptional high-grade results and further reinforced Aruma’s exploration model for the potential for the Project to host a large gold system.

Significant mineralisation was intersected over a 4.3km strike and on granite-mafic contacts, which greatly increases the target zones for the whole project. Fault/dome areas were identified in the north of the Project plus the multiple high-grade zones at the Thistle- Iris trends are very promising.