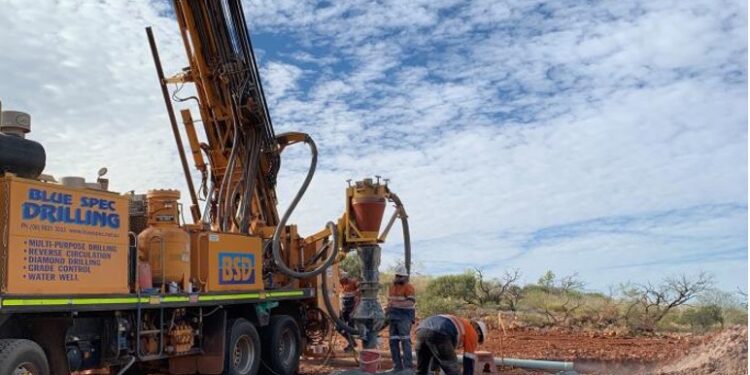 Aruma Resources Limited (ASX: AAJ) has commenced its initial drilling programme at the Melrose Gold Project in the Pilbara region of Western Australia.

Drilling will target the priority Gossan Hill Prospect at the Melrose Project, located 5km north of the Paulsens Gold Mine from Northern Star Resources.

These highly anomalous historic drill results are located in a strong 50ppb gold anomaly, within a favourable structural setting with similarities to the nearby Paulsens deposit.

Aruma’s drilling will aim to define gold grades and controls on mineralisation along with lithology, mineralisation types, metallurgy and stratigraphy.

The target zone is an east-west structure in a folded carbonate-shale- greywacke sequence interpreted as being similar to Paulsens.

Aruma has a PoW for 200 reverse circulation (RC) holes and will drill 26 holes on five lines in the initial programme, which may be extended depending on results, to 50 RC holes across 10 drill lines. Drilling will be to depths of around 100 metres

Drilling is expected to be completed in the current month and results will be released when available.

“The Melrose Project is one or our core exploration focuses, and we are excited to have commenced the maiden drilling programme at the priority Gossan Hill target,” Managing Director Peter Schwann said.

“The significant historic gold grades over very wide intercepts at Gossan Hill are consistent with the wide carbonate halo around the richer sulphide cores of these types of deposits. This is interpreted to fit exactly with the Aruma exploration model, and the style and host rocks at the rich mineralisation at the nearby Paulsens Project.”

C29 Preparing To Take To The Air At Stadlers