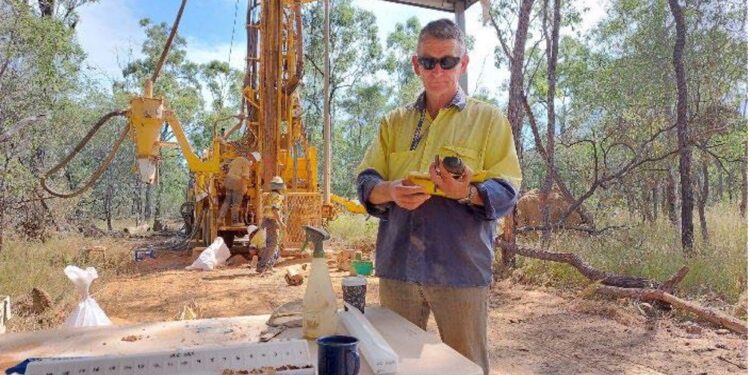 At the completion of first phase of drilling, Nickel and Cobalt mineralisation has been intersected up to 60 m in depth in the targeted laterites.

The extensive nickel and cobalt mineralisation intersected adds to the lateritic material encountered from the initial 500 m of drilling.
Mineralisation was identified using handheld XRF. However accurate grades will be determined by assaying at NAL in Pine Creek, with results expected early in May.
“Intersecting extensive nickel cobalt mineralisation down to 60 m in depth, which is much deeper than we anticipated, during our maiden drilling programme at Gunnawarra is an outstanding result and validates our exploration strategy,” Executive Director Ben Emery, said.

“Given the mineralisation we have encountered we have expanded this first phase programme to 2,000m of RC drilling. With an expanded programme now being undertaken, our focus is on securing assay results as fast as possible. I look forward to updating shareholders as the programme unfolds and when assays are available.”