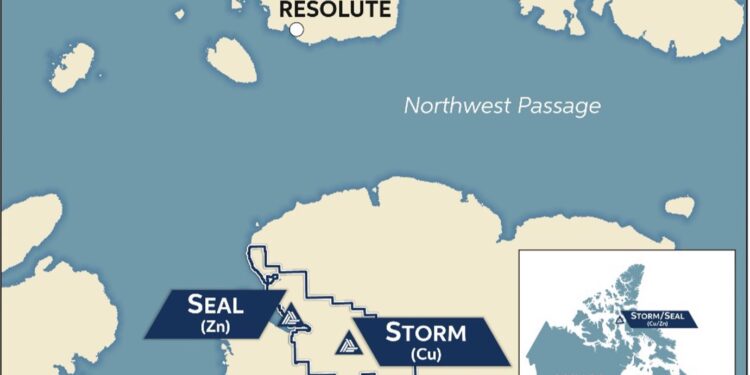 American West Metals (ASX: AW1) has unveiled plans to accelerate its drilling and exploration efforts at the Storm copper project on Somerset Island in Canada.

The 2023 programme will include drilling, geophysics, and studies for a potential direct shipping ore (DSO) mining operation.

American West Metals Managing Director Dave O’Neill said it came as a result of a successful drilling programme in 2022.

“The logistics are now underway for what will be a significantly expanded program that will capitalise on American West Metals’ highly successful 2022 maiden drilling program,” Mr O’Neill said.

He said recent drilling at the 2750N zone highlighted the continuity of the copper zones, with near-surface mineralization remaining a focus for resource drilling.

In this vein, the upcoming extensive drilling programme will focus on resource definition and the expansion of the near-surface, high-grade copper mineralization across several prospects. It will also focus on exploration to follow up on the company’s major 2022 discovery of a sediment-hosted copper system.

“The 2022 drilling programme at Storm was a huge success, with the expansion of the mineralized footprint of the 2750N Zone, and the discovery of a new — potentially very large — sedimentary copper system below the near-surface mineralization,” Mr O’Neill said.

Other areas of interest include the 2200N and 4100N zones, where thick intervals of copper mineralization have been defined over a large area.

As part of its upcoming programme, American West will use a reverse circulation (RC) drill rig for the first time at the project. The RC rig is expected to drill until September, with the potential of more than 10,000m possible during the 2023 programme.

American West Metals will also begin new geophysical surveys in March at the known prospects as well as the under-explored Blizzard, Tornado and Tempest prospect areas.

The proven potential to produce high-value and high-margin direct shipping ore (DSO) product at Storm has opened the door to potentially provide a short lead time and a potential pathway to generating revenue for the company.