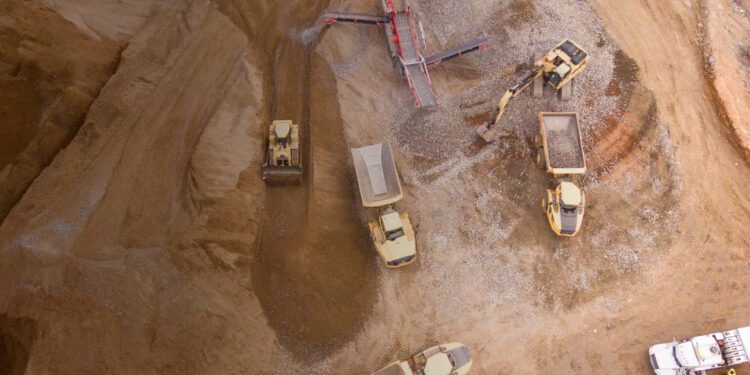 1911 Gold Corporation (TSXV: AUMB) has received promising assay results from 20 drillholes completed in the Tinney and Bidou project areas as part of the first phase of 2022 exploration drilling at its 100%-owned Rice Lake Gold Property in Manitoba, Canada.

For 2022, the company’s exploration programme will include two phases of exploration drilling as well as the regional field programme with the goal of advancing and expanding our pipeline of projects at Rice Lake, while also advancing the Apex and Denton-Keefer (Timmins, Ontario) properties.

The company completed 35 drillholes during the initial phase of drilling, totalling 9,202 metres, to test multiple targets at the Bidou, Tinney and Wallace projects on the Rice Lake Gold Property and to test several targets on the Apex (Snow Lake) Gold Property in northern Manitoba.

The company completed 5,028 metres of exploration drilling at Tinney and Bidou, including 12 drillholes (3,245 metres) to follow-up on four priority targets from the company’s previous drilling, and eight drillholes (1,783 metres) to test four new targets generated by the field exploration programme.

Exploration drilling at Tinney focused on the northern section of the Gunnar porphyry intrusion, testing favourable structures in the porphyry and its host rocks, over a strike length of 1.8 kilometres.

Previous drilling by the company indicates that the porphyry was a significant conduit for gold-bearing fluids, analogous to Sigma-Lamaque in the Val d’Or camp, with extensive quartz vein systems associated with pervasive alteration and local high-grade gold.

Drilling at the Edna-Otter target had three objectives:

Drillhole EO-22-026 — the deepest yet completed at Edna-Otter at 533 metres — intersected the porphyry over a core length of 145 metres, from 334 metres downhole, encountering over 70 metres of sheeted quartz veins, alteration and sulphide mineralisation that returned sporadic anomalous values up to 0.4 g/t gold, thus confirming the mineral system continues to depth.

Drillhole EO-22-024 tested down-plunge to the northeast on the porphyry, yielding 32.2 g/t gold over 0.7 metres from a laminated quartz vein with visible gold just above the upper contact.

Although the shallow fence of drillholes consistently intersected the modelled structure at the upper contact of the porphyry, assays yielded erratic gold values over narrow widths.

Newly acquired data from the 2022 drilling at Edna-Otter will be utilized to revise and enhance the 3D model for this target and evaluate additional drill targets.

One drillhole was completed at the Cougar target (located immediately south of Edna-Otter along the Gunnar porphyry) to test for continuity of high-grade zones (e.g., 9.3 g/t gold over 2.6 metres in CG-20-001) at the upper and lower contacts of the porphyry.

Drillhole CG-22-007 intersected thick intervals of shear deformation, alteration and quartz veins at both contacts of the porphyry; a laminated vein near the upper contact contained a few specks of visible gold and returned 1.14 g/t gold over 0.5 metres. These structures remain open along strike to the south and to depth.

The Company completed seven drillholes, targeting large-scale structures adjacent to and cutting the Gunnar porphyry, as defined by outcrop mapping and LiDAR interpretation, and with associated gold in outcrop and surficial sediments. Drilling specifically targeted bends or offsets of geological units along these structures, none of which had previously been tested by drilling.