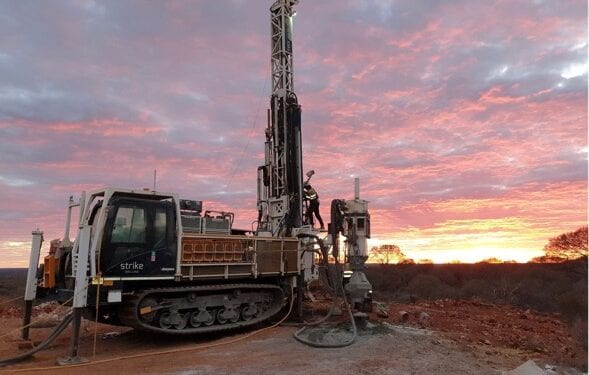 Executive Chairman, John Prineas,said this geology is highly encouraging for the potential presence of massive nickel-copper sulphides nearby.

Mr Prineas said the identification of off-hole EM conductors in each of these holes is an exciting exploration result that further supports the potential to discover nickel-copper sulphide mineralisation proximal to these holes.

“The concurrent use of drilling and downhole EM surveys is continuing to deliver breakthrough results with outstanding nickel-copper sulphide targets identified in an area that has never been drilled,” Mr Prineas said.

“These are the deepest EM conductors identified in the Cathedrals Belt and support the continuity of high- grade mineralisation at depth and in the north-west down-dip direction of what we already know is a large intrusive mineral system.

“The identification of nickel-copper sulphides in the conductors modelled from MAD192 and MAD193 will establish the West End Prospect – which covers a 2.5km strike of the Cathedrals Belt and straddles the major Ida Fault – as a fertile and highly prospective area for further mineralisation.

“We are confident that the strongest of these new conductors will be confirmed by drilling to represent massive sulphide mineralisation.”

The modelled plates for the new anomalous EM responses are interpreted to represent the strongest part of the EM conductors and are a reliable targeting tool to test for the presence of sulphide mineralisation.

Modelling cannot accurately predict the geometry of any sulphide deposit that may be present and the modelled plate is not a definitive measure of the scale of all potential mineralisation.

A DHEM survey may reliably see 50m to 75m around the hole, depending on the surrounding geology and whether any other conductive material is in range. The absence of an anomalous response in a DHEM survey does not preclude the presence of mineralisation around a hole, particularly outside the detection limit of the DHEM survey.

Where multiple anomalous EM responses are detected in close proximity, the modelling of the predicted location of the EM conductors can be difficult. The use of DHEM data from more than one drill hole, as has now occurred with MAD184, MAD192 and MAD193, can greatly improve the accuracy of modelled results.

Drill holes are being designed to test the new EM conductors. In addition, stratigraphic drilling will be planned to test the areas to the west and north-west of these conductors for further continuity of mineralisation.

Drilling was paused while the DHEM surveys were completed and will recommence once rig availability is confirmed.