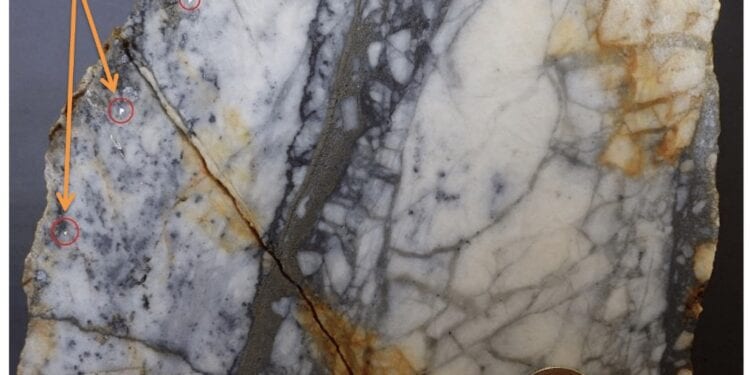 Programme Doubled To A Minimum 20,000m With Two Drills

Phase 6, which started in September 2020 and was paused for a Christmas break, will re-start with one drill rig on or around January 15, 2021, adding the second drill rig in the first week of February.

President and CEO, Tim Froude, said highlights of the revised programme include:

“We are very pleased to announce the expanded program and the additional diamond drill at Moosehead,” Mr Froude said.

“The last round of financing allows us to increase the initial commitment to at least 20,000 m, and as a result, we have moved to a larger core logging facility and are hiring additional staff to take on the added work.

“We expect the new core building to be fully functional by January 15, with first core to follow immediately. The extra meterage will be distributed as needed to expand on the currently defined zones to depth and on strike, as well as targets not yet tested, many of which required winter conditions to access, including multiple glacial till samples with high gold grain counts (>50 grains), the majority of which are pristine in morphology.

“Assays for some holes remain outstanding and we expect to be able to release new results by the end of January.”

To date in the Phase 6 drill programme, Sokoman has logged and sampled 22 holes totalling 6,650m. Phase 6 has delivered excellent results including MH-20-115 that returned two discreet, high-grade zones including the newly recognized Footwall Splay, that gave 4.60 m @ 47.20 g/t Au, as well as a slightly deeper intersection in the Main Eastern Trend that returned 8.10 m @ 68.25 g/t Au.

Drilling at South Pond, 240 m south of the Western Trend, returned high-grade results (December 17, 2020 NR) of 5.0 m @ 26.88 g/t Au including 2.15 m @ 60.59 g/t Au. The intersection in MH-20-123 represents the in-situ source of the high-grade boulder cluster reported in July 2020, that averaged 36 g/t Au indicating that the system comes to surface. These intersections, and many other previously reported, are similar in style and grade to the world-class Fosterville Mine in Victoria, Australia, and establish Moosehead as a Fosterville lookalike, also fully supported by geological and structural criteria. Pending assay results, as well as ongoing 3D modelling, will shape the program more precisely, including the locations, number and depth of holes.

The 100%-owned Moosehead Gold Project is located along the Trans-Canada Highway in North Central Newfoundland, on the same structural trend as the advanced Valentine Lake Project (Marathon Gold), and adjacent to New Found Gold’s Queensway Project. Both the Moosehead and Queensway projects are targeting high-grade, turbidite-hosted, Fosterville-type gold mineralisation.