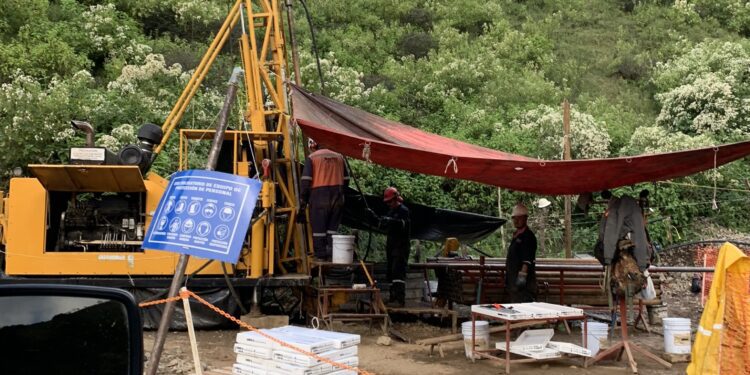 The latest updated Bolivar Mineral Reserve and Resource Estimate follows a Mineral Resource update that was published at the end of 2019.

The new Mineral Reserve and Resource update includes additional drilling information for drilling that took place between October and December of 2019 of approximately 10,203 metres as well as the results from a litho-structural model.

President and CEO, Igor Gonzales, said the recent infill drilling campaign has been focused on the area of El Gallo Inferior taking where the company took advantage of accessibility in the Mine to be able to complete drilling.

Further drilling at locations containing mid to high grade zones such as Bolivar West are scheduled to begin as soon as development to these areas is complete and the company has access to those higher-grade areas.

The latest Mineral Reserves for Bolivar are 7.5 M tonnes averaging 0.69% copper, 13.4 g/t silver and 0.22 g/t gold, or 0.87% CuEq, representing a 5% tonnage decrease to the previous Reserve Estimate from 2017 which includes two years of depletion of approximately 2.5 M tonnes ore

“We are excited about the significant increase in Bolivar’s mineral resources from additional work completed in the past three months, since our year-end 2019 mineral resource update,” Mr Gonzales said.

“As promised in our December 31, 2019 press release, we have provided in the first quarter of 2020, another updated report which includes additional drilling as well as information from a Litho Structural model which has increased the mineral resources further from the previous press release.

“This larger mineral resource reflects the success of our exploration programmes and the potential at our Bolivar operations to justify further throughput expansions. This report also updates our ore reserves relative to our last reserve update from 2017.

“It is worth noting that after two years of mining depletion we realized only a 5% decline in tonnage and 2% decline in copper content, which reflects our ability to replace the mineral reserves at the Mine over the years.”