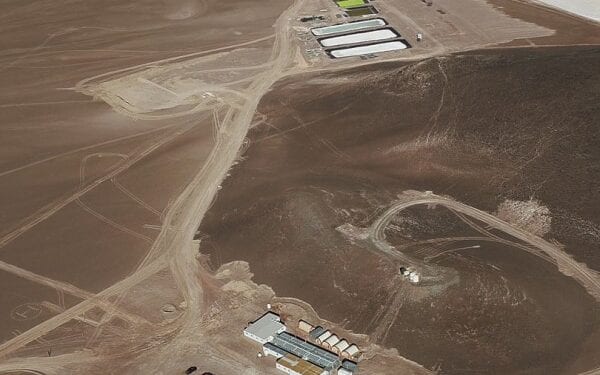 Neo Lithium Corp. (TSXV:NLC) and its Argentinean subsidiary LIEX SA, have engaged Worley Chile and Worley Argentina, to complete a Definitive Feasibility Study (DFS) of its flagship 3Q Project in Catamarca, Argentina.
Neo Lithium has engaged Worley to complete a comprehensive DFS on its flagship, high-grade lithium brine project, 3Q, in Catamarca, Argentina. The development strategy focuses on production of 20,000 tonnes per year of lithium carbonate with the flexibility to expand production to 40,000 tonnes per year after phase one is completed and operational. The DFS is scheduled for completion in Q3 2021

“On the back of CATL’s investment and involvement, we are very pleased to have engaged and be working with Worley who bring a wealth of lithium knowledge and experience to our 3Q Project.
“Worley is a leading global engineering firm and has been involved in all aspects of lithium brine operations which will be invaluable in executing our DFS,” said Gabriel Pindar, COO of Neo Lithium Corp.

“We have a very busy and exciting year ahead of us and look forward to reporting further positive developments to all of our stakeholders.”
Results of the last pre-feasibility study (PFS) performed by GHD Chile SA (GHD) and Groundwater Insight Inc. were filed on May 8, 2019 for a project with 20,000 tonnes of lithium carbonate production annually with an after-tax Net Present Value (8% discount rate) of US$1.143 billion, Internal Rate of Return of 49.9%, Capital Expenditures of US$318.9 million, Operating Expenses of US$2,912 per tonne of lithium carbonate, and a pay-back of 20 months using a lithium carbonate price of US$11,882 per tonne over a thirty-five year mine life.

The studies carried out by the company in its evaporation pilot plant at the salar site and the lithium carbonate pilot plant in the town of Fiambalá confirm that the general parameters defined in the PFS will be validated in the DFS.

This reserve will be updated because two new wells yielding 160 meters with 1,128 mg/l Lithium (PB1-R-24) and 178 meters 1,117 mg/l Lithium (PB1-R-25) were reported in June 2019, after the PFS was issued. The wells are outside the previously considered ore body and therefore it is expected to have a positive effect in the previously estimated resource and reserve.
“Neo Lithium has been operating pilot evaporation ponds for more than three years, while the pilot lithium carbonate plant has been in operation for nearly two years. This has resulted in a meaningful ramp up in knowledge while improving the process all the way through to validate the PFS and take the project more efficiently into DFS with a view towards future construction,” Mr Pindar said. “As a result of our efforts to maintain steady operations at pilot scale level, we continue to produce our own lithium brine concentrate and lithium carbonate on a regular basis, and believe that we are on track towards our goal of being in production by the later stages of 2023.”