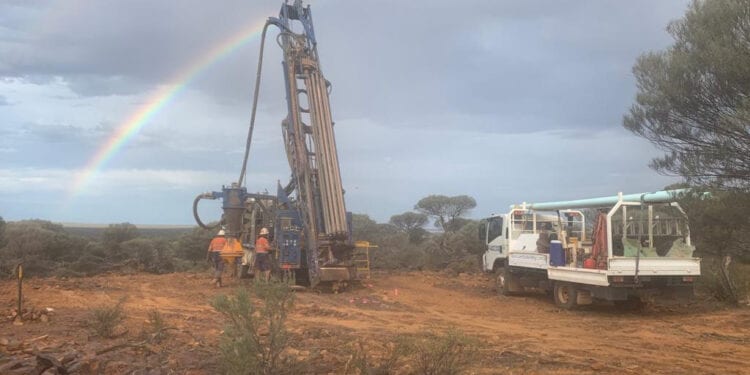 The updates take Sandstone’s Mineral Resources to a new level of 746,500 ounces of gold.

The estimates follow completion of the Phase 2 infill and extension drilling program, representing part of the 50,000m 2020 exploration and resource definition drilling campaign. That drilling was exclusively focussed on the definition of additional open pit Mineral Resources for assessment as Ore Reserves in the 2020 feasibility study (FS).

Managing Director, Rick Yeates, said the location of the various deposits (including Ridge and McClaren) and prospects assessed under the 2020 drilling campaign are within 3km of the company’s wholly- owned processing facility.

“The maiden Ridge Mineral Resource is a particularly pleasing outcome, as the higher grade, northern extension of this deposit appears to be only limited by the quantum of drilling.

“This shallow dipping, near surface, mineralised extension was the final area drilled in the Phase 2 campaign on a 40m x 40m pattern and, as such, is appropriately classified as an Inferred Resource. Infill drilling on a 20m x 20m pattern should see this shallow, higher grade, deposit extension reclassified as an Indicated Resource for consideration as an Ore Reserve. The deposit still remains open to the northeast and further drilling has therefore been planned for the Phase 3 campaign, which is in progress.

“Drilling at the Ridge gold deposit included a number of isolated bonanza grade intercepts, which have appropriately been cut for resource modelling purposes.

“However, it is anticipated that these may ultimately be confirmed as more continuous, likely resulting in positive mining and processing reconciliations.

“While the Ridge deposit appears to offer a low strip ratio proposition, the economics of mining the McClaren deposit may be challenged by higher anticipated waste to ore ratios.

“The Ridge and McClaren satellite open pit deposits represent the final Mineral Resource estimates contributing to the current FS, which is scheduled for completion in January 2021.

“Prior to commencement of the 2020 drilling campaign, the anticipated best case scenario was a doubling of Sandstone’s open pit Mineral Resources which, with the addition of Ridge and McClaren, we have now achieved. This is an extremely pleasing outcome that should ensure a positive FS outcome and a project recommissioning in 2021. “An extensive programme of RC sterilisation drilling is now well advanced at Sandstone and further exploration drilling is imminent with the addition of a second RC rig. This Phase 3 drilling campaign is scheduled for completion in late December 2020.”

Realizing the DNA of Volatility for Different Asset Classes

Realizing the DNA of Volatility for Different Asset Classes