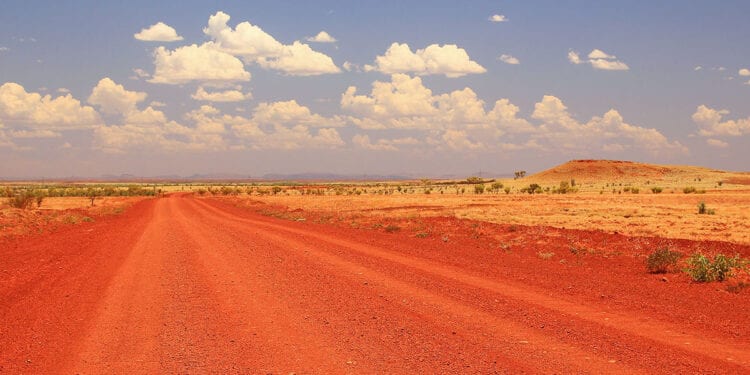 Managing Director, George Sakalidis, said that with the Australian gold price at near record levels of $2,383 there is a real appetite to drill and the company is accelerating its work with two RC rigs operating for the first time.

At HN9 these RC holes are mainly aimed at defining an Indicated JORC Resource over an expanded 4km length and at the same time extending the size of several subparallel NE and NNE trending mineralised zones adjacent to the recently discovered Southern Thickened zone and to further evaluate the depth extent of some of the previous intersections as the length of the previous holes was only 55m as compared with 116m for this programme.

At Lady Julie the holes are mainly designed to extend the length of four zones that have some high-grade areas previous intersected. These zones cover a three km length and there are a number of intersections greater than 1g/t.

These mineralised areas at Lady Julie will help add to the resource base of HN9 as all these targets are only within three km of HN9, which has potential for a large mining centre. At HN9 the current RC drill programme have an average length of 87m compared to 55m from the previous drilling completed.

A shallow 2D seismic survey and passive seismic survey was completed in early January and results are expected by early February and are centred on HN9 and extend eastwards to Lady Julie (eight km) and northwards to HN3 and HN5 (eight km).

The aim is to delineate the very prospective thickened shallow dipping gold-rich multiple lodes below areas that are already strongly mineralised near surface like at HN9, HN5 and HN3 and Lady Julie, looking for repetitions and continuation both at depth and down dip and any other zones, structures and intrusions that have not been previously discovered.

It is expected that the seismic survey will be able to readily delineate these near surface horizontal lodes and other targets down to two km depth and will assist in anticipated deeper drilling programmes below the current drilling average depth of 55m down to a 400m depth.

Some of the larger gold deposits in the region have large depth extents sometimes greater than 1km and seismic surveys have been used to define these deposits and find additional mineralised zones.

Mr Sakalidis said that the HN9 Project is only 15km NW of the Granny Smith Operations owned by Gold Fields Australia Pty Ltd and only 10km NE of the Jupiter Operations owned by Dacian Gold Ltd at Laverton, the project is shaping up and has potential for a large-scale shallow deposit with the outlining of a large NE trending thickened mineralised zone, containing some high-grade intersections and many large thick intersections with potential for bulk tonnage.

“This significant 3km mineralised shear zone is so far defined by 723 holes totalling 39,740m and is coherent. Extensive drilling is planned both for infill and extension drilling to get the resources to an indicated status and to test the new Southern Thickened Zone. The multiple stacked lodes within the Central Thickened Zone have similarities to the stacked lodes at the Wallaby, Sunrise Dam and Jupiter major gold deposits,” he said.

“We are now gearing up with two RC rigs that have already started with a very ambitious drill programme of 108 RC drillholes for 12,579m at HN9 and a 97-hole programme for 7595m at Lady Julie.

“The shallow seismic survey results are due by early February, which will map the subsurface structure and potential intrusions and deep-seated tapping structures for the 4km long HN9 deposit and the four separate zones at Lady Julie.

“We are also looking forward to testing a number of promising intersections and potential extensions and potential large-scale targets generated from the shallow seismic survey, which in recent times has been increasingly used in and around operating gold mines. In addition, we are eagerly awaiting assay results from previous drilling campaigns.”