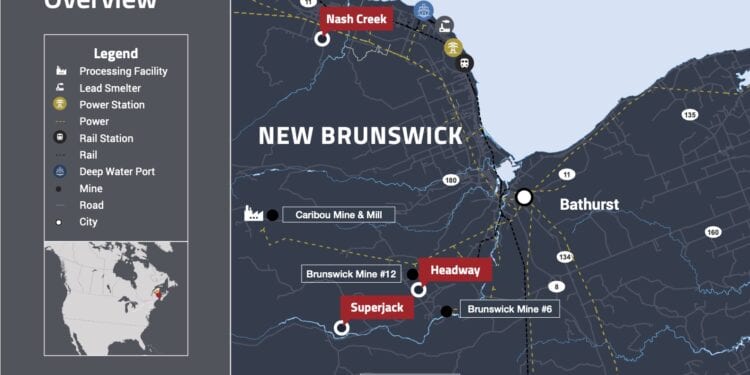 “The results from the soil sampling campaign provide an additional data set that will aid our team as we vector towards higher grade silver mineralisation and expand the two silver discoveries made last year,” Mr Porterfield said.

“Meeting this objective has the potential to build upon the maiden Preliminary Economic Assessment (PEA) that was published on the Bathurst Portfolio.  It should be noted that today metal prices are all higher than the metal price assumptions envisioned in the 2018 PEA, which outlined a mine plan that generates a strong economic return with a pre-tax IRR of 34.1% and NPV8% of $230 million.”

The 10 km area of interest has been subdivided into two target areas:

Target Area 313 is the northern 5.0 km of the sampled area where NC20-313 was drilled. Of the potential 5.0 km of strike, 3.7 km show strong linear correlations between silver/lead soil anomalies which supports the mineralisation intersected in NC20-313.

Additionally, this target area is associated with a low resistivity Induced Polarisation (IP) anomaly which suggests alteration similar to what was observed in NC20-313 The elevated soil anomalies and IP resistivity low coincide with the interpreted conductive airborne Versatile Time Domain Electromagnetic (VTEM) anomalies previously identified which could suggest an increase in silver rich sulphide mineralisation similar to what was intersected in hole NC20-313.

Target Area 306 is the southern 5 km of the sampled area where NC19-306 was drilled. As seen in the northern area, soil results in the southern portion define four targets recommended for drilling which span 1.7 km of prospective strike. Of particular interest from the soil sampling results are highlighted by anomalous silver along the Fault. The elevated silver anomalies are coincident with a much larger IP resistivity low anomaly and sits along a felsic/sediment rock contact.