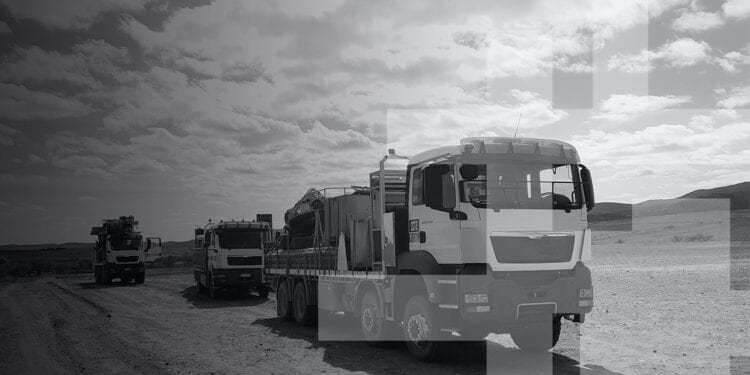 Auroch Minerals Limited (ASX:AOU) has confirmed the thickness and continuity of nickel sulphide mineralisation in a diamond drilling programme currently underway at its Leinster Nickel Project in Western Australia.

Drill-hole HNDD001 successfully intersected approximately 5m of nickel-bearing semi-massive to massive sulphides at the Horn Prospect at a depth of 120.0m.

HNDD001 was the first of a six-hole diamond drill programme planned for the Horn Prospect and was targeting massive nickel sulphide mineralisation intercepted in historic drilling.

Stepping out 20m along strike from a historic intercept of 7m @ 2.58% Ni & 0.63% Cu (08BWDD0039), HNDD001 has successfully confirmed the thickness, continuity, and depth of the massive nickel sulphide mineralisation at the Horn.

The hole is currently being geologically logged, and sampling and assaying will be fast tracked with the aim to return laboratory assay results as soon as possible.

Managing Director, Aidan Platel, said the remainder of the drill programme at the Horn will further test the possible continuity of the massive nickel sulphide mineralisation along the known strike, as well as test potential extensions to the known sulphide mineralisation by drilling structural positions and existing DHEM plates identified as high priority by the company via a geophysical review completed earlier this year.

“We are thrilled to have successfully intersected a thick zone of nickeliferous semi-massive to massive sulphides in our first diamond drill-hole at the Horn Prospect,” Mr Platel said.

“The intersection has confirmed the thickness and continuity of nickel sulphide mineralisation at a relatively shallow depth, which is a significant and attractive attribute of the Horn Prospect.

“The second hole of six drill-holes planned to validate and potentially extend the strike of the nickel sulphide mineralisation at the Horn is now underway.
“We intend to fast-track processing of the drill core so that results can be on-hand as soon as possible to help develop our geological model of the Horn as the programme progresses, and we look forward to updating the market as these results are received.”

Meanwhile, at the Valdez Prospect, a single diamond drill-hole was completed to a depth of 400m . The hole was drilled to target a strong DHEM conductor defined by deep RC drilling in October.

A DHEM survey of the completed hole is currently underway, and logging and sampling of the drill core is pending; however, no massive nickel sulphides were observed in the core.

In other news, Auroch has entered into a binding agreement to acquire 80% of the shares in Eastern Coolgardie Goldfields Pty Ltd (ECG), the company which will hold the Nepean Nickel Project, comprising a package of 13 tenements located 25km south of Coolgardie, in Western Australia.

Following completion of the acquisition, Auroch and Goldfellas will operate the Nepean Nickel Project as a joint venture with Auroch holding an 80% participating interest and Goldfellas the remaining 20%. Goldfellas is a recently incorporated private company of gold prospectors, resource industry executives, stockbrokers, lawyers and investor relation consultants.

The Nepean Nickel Project contains the historic high-grade Nepean nickel sulphide mine, which was the second producing nickel mine in Australia, producing 1,108,457t of ore between 1970 and 1987 for 32,202t of nickel metal at an average recovered grade of 2.99% Ni . The Nepean mine closed in 1987 due to low nickel prices, leaving significant nickel sulphide resources unmined. In 2007, previous owner Focus Minerals Ltd estimated the remnant Inferred Mineral Resource (JORC(2004)-compliant) to be approximately 13,250t contained nickel @ 2.20% nickel.