News that the U.S. electric vehicle manufacturer will source its lithium, and other battery metals, close to its Shanghai plant bolsters cooperation between Australian mining companies and Musk’s Chinese lithium suppliers 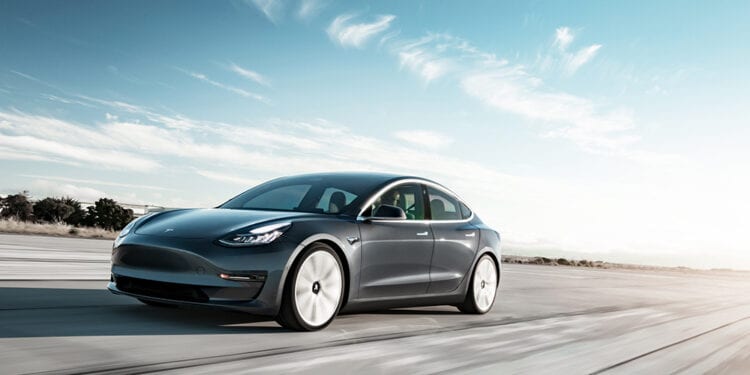 If you have been following the ongoing spat between China and Australia recently, you can be forgiven for thinking that trade relations between the two countries are approaching the nadir. In response to Canberra’s demand for an inquiry into the origin of COVID-19, Beijing has placed restrictions on a range of Australian commodities, including coal, timber, food, and cotton, and introduced tariffs on wine and barley.

Prior to the fallout, a large proportion of total Australian exports went directly to China. According to a government report, between 2018 and 2019 this figure was 32.6%, which was worth approximately AU$153.2B. Yet crucially, China has yet to ban imports of high-quality Australian iron ore, which is critical to domestic steel production. Nevertheless, without any clear path to resolving the dispute between the two countries, the outlook for wider Australian exports to China appears uncertain at best.

One area where geopolitics is taking a distant back seat to the demands of trade is the production of lithium – specifically for the electric vehicle (EV) sector. At the end of December 2020, Sichuan Yahua Industrial Group Co. Ltd (Sichuan Yahua) announced it had signed a five-year deal to supply battery grade lithium hydroxide to Tesla Inc, the U.S. EV manufacturer.

In China, the government’s announcement last year to phase out conventional gas-burning vehicles by 2035 demonstrates its commitment to reducing carbon emissions. It is expected that half of new vehicles will utilize “new energy” – electric, plug-in hybrid, or fuel-cell powered, while the remaining 50% will be hybrids.

The Tesla-Yahua deal is just one manifestation of China’s desire to become a major player in the EV supply chain, but it also spells good news for Australian lithium producers. The country produces 55% of all the world’s lithium, much of which is shipped to China for processing. As manufacturers in China focus on achieving the government’s 2035 target, it is likely that Australian spodumene and other lithium chemicals will become increasingly central in importance to the wider EV industry.

According to Simon Hay, CEO of Galaxy Resources, which is a major Australian supplier of spodumene to Sichuan Yahua, the Tesla-Yahua deal demonstrates that trade comes above political differences between the two countries. In comments to S&P Global Intelligence, he explained that Tesla is keen to source battery metals near to its manufacturing facilities: “It’s logical, then, for Tesla to reach out to Chinese lithium chemicals and battery metals suppliers to supply the Shanghai plant, and our existing relationship with Sichuan Yahua is a nice fit,” he said.

Another Australian lithium mining company to benefit from the deal is Core Lithium Ltd. On 4 January 2021, news of the deal doubled the company’s share price to 18.5¢ per share. Sichuan Yahua is Core Lithium Ltd’s largest shareholder and lithium offtake partner. There was also good news for Australian lithium producer Pilbara Minerals Ltd., which, since the deal, has seen its stock more than triple from 30¢ per share to AU$1.07.

For Ken Brinsden, CEO of Pilbara Minerals Ltd., even the current political tension between Australia and China is not a threat to his company. “Lithium, like iron ore, is a very strategic raw material for China and key to its economy,” he told S&P Global Intelligence.

Demand for Australia’s lithium chemicals is fuelling China’s ambitions to become a major player in the EV market, in terms of manufacturing and supply chain. Clearly, both countries rely heavily on one another. So, while the current, wider trade dispute continues to impact Australian wine producers and cattle farmers, the Tesla-Yahua deal tells a very different story for lithium mining companies.

In a world where increased geopolitical polarization is on the rise, Australian and Chinese companies’ decision to continue trade is a hugely positive step. It will benefit Australian mining, China’s burgeoning EV industry and, by implication, the global effort to decarbonize. Surely, this can only bode well for the future.