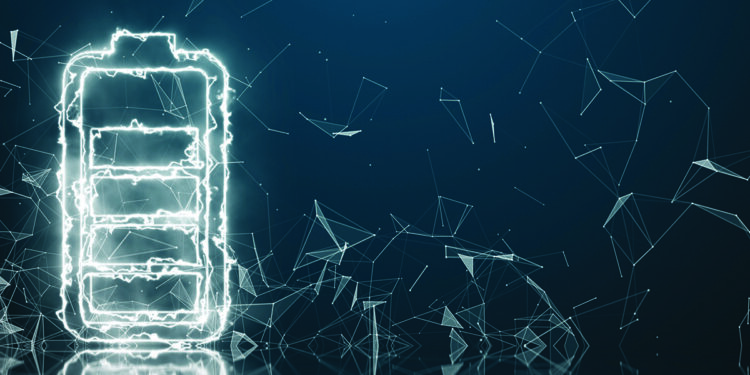 Historically, nickel has been a boom/ bust metal. Over the past 20 years, we’ve seen one of the most incredible booms in this metal followed by a prolonged bust. However, we think this metal is now on the cusp of another boom, due to the likely switch from internal combustion engines to electric vehicles (powered by high-nickel lithium-ion batteries) in the coming decades.

Since the price boom of 2006/07, it has been a rough time for nickel. As one of the main beneficiaries of the take-off in Chinese demand in the 2000s, nickel quickly came became a victim of its own success. After peaking at an all-time high of over $50,000/t in May 2007, prices fell to below $10,000/t by late-2008. High prices led to Chinese substitution away from the standard 300-series stainless steel, which contains 8% nickel, to 200-series stainless steel, containing only 1-2% nickel.

On the supply side, high nickel prices led to the development of a new source of nickel in the form of nickel pig iron. Nickel pig iron is a cheap alternative to pure nickel, used in the production of stainless steel. It’s made in an energy-intensive way, using blast and electric furnaces, and low-grade laterite nickel ores, mainly from the Philippines and Indonesia. Nickel pig iron now accounts for 35% of global nickel supply, compared to near- zero in 2006.

The low-point for nickel prices came in February 2016, when prices dipped below $8,000/t, resulting in over 80% of the global industry losing cash. Combined market inventories reached almost six months of consumption by the end of 2015, one of the highest levels ever seen in this market.

The combination of large closures of supply (over 200,000t) and a steady recovery in global demand has led to a remarkable recovery in the market over the past three years, with prices at one stage doubling from their lows.

The recovery in the past year or so has been hesitant given the still-high level of inventories hanging over the market, and uncertainties in Indonesian and Filipino government policy.

Despite a large deficit between supply and demand last year, prices were also hit by global macroeconomic concerns, including fears of a Chinese slowdown and the negative impact on global growth from a US-China and US-everyone else trade war. 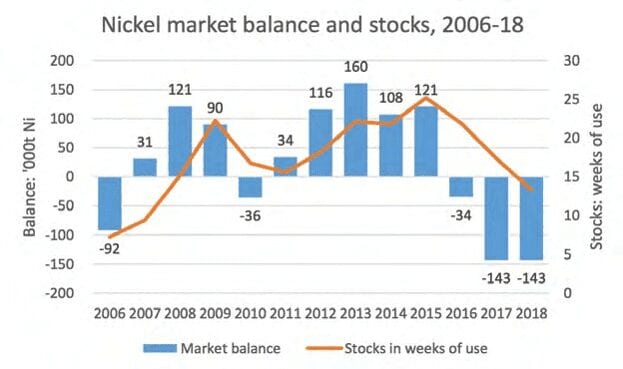 So far, so good. Nickel prices have recovered to levels that are acceptable to most producers, but they still remain well below levels needed to incentivise investment in the next generation of supply. Nickel supply has become reliant on growth in nickel pig iron to meet incremental demand growth, and production by non-nickel pig iron producers in aggregate has been declining in recent years due to massive under investment in sustaining capital (see chart above).

This would be acceptable if the growth in nickel demand would continue to come mainly from stainless steel, but there is a new kid on the block: batteries. The use of nickel in batteries threatens a major transformation of nickel supply and demand over the next decade.

Driven by governmental policy and environmental concerns, the switchover of the existing car fleet from internal combustion engines to hybrid, and ultimately fully electric vehicles (EVs), is now under way.

The production of EVs is still small-scale, and last year they accounted for only 2.5% of global vehicle sales, however the 60% growth YoY was significant. Even with consensus trend of a growth rate of 25-30% in sales a year, the share of EVs will grow steadily.

The predominant battery technology, at least for the next decade, is lithium-ion batteries. The big kicker for nickel over the other raw materials in the batteries (cobalt, manganese, lithium and graphite) is that, in order to increase the energy density of the batteries (raising the range between charges) and to reduce cobalt usage (perceived to be overly dependent on the Congo for supplies), the amount of nickel used per battery could easily more than double over the next 5-7 years.

There is massive forecast uncertainty regarding the growth in electric vehicles and the take-up of different battery technologies (see chart below). This is always the case with breakthrough technologies, and history shows that forecasts are almost always too conservative (just look at the move from horses to internal combustion engines, and in the switch from fixed-line phones to mobile phones). 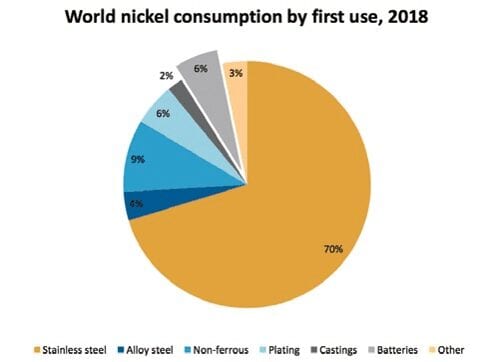 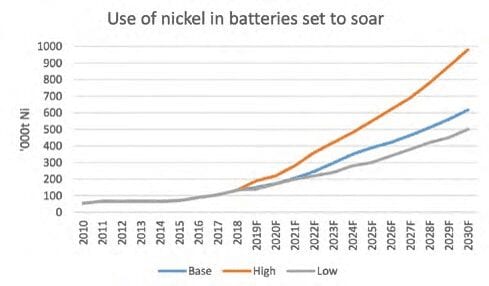 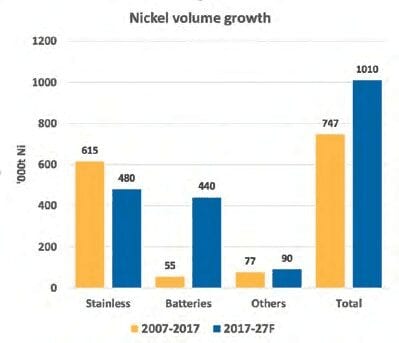 For that reason, we see a skewing of the high-case to the upside. Using the base case forecast, we foresee 440kt growth in nickel use in batteries over the next 10 years. Due to stainless steel’s dominant share of demand, stainless will continue to grow, and the need for new nickel supply in all uses will exceed 1mt, compared with 747kt within the next decade.

The nickel requirements for battery makers are very specific, with the main input being high-purity nickel sulphate. Until now, the main inputs for nickel sulphate production have been nickel-cobalt intermediates from the high-pressure acid leach (HPAL) and nickel leaching processes (nickel-cobalt hydroxides and sulphides), and class 1 nickel powders and briquettes. Class 1 nickel powders and briquettes are preferable to class 1 cathodes, due to their ability to dissolve quickly in sulphuric acid to make nickel sulphate.

We think the bulk of future demand for nickel in batteries will be met by the planned construction of HPAL and its capacity to make nickel-cobalt hydroxides. Projects currently exist in Australia, Turkey, Papua New Guinea, and Indonesia. Demand will also be met by existing nickel powder and briquette producers, who currently sell to the stainless steel industry.

Over the past six months, the nickel market has been rocked by announcements of multiple Chinese investments in Indonesia totalling over 150ktpa of nickel, seemingly at extremely low capital costs (under $20,000/t of nickel capacity) and extremely quick construction times (1-2 years). History suggests that these expectations are too optimistic and that projects built over the past 25 years have a tendency to cost 2-3 times more than original estimates and take 2-3 times longer to build and reach full capacity.

The reality is that all of these projects – and more – will be needed to meet burgeoning demand for nickel for batteries in the 2020s. Nickel prices are likely to rise to the $15-20,000/t range over the next five years as a result of an expected ongoing deficit between supply and demand, and in order to incentivise new investment. Exciting times are ahead for the nickel market. 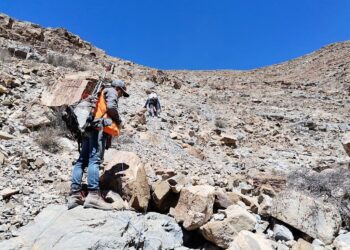