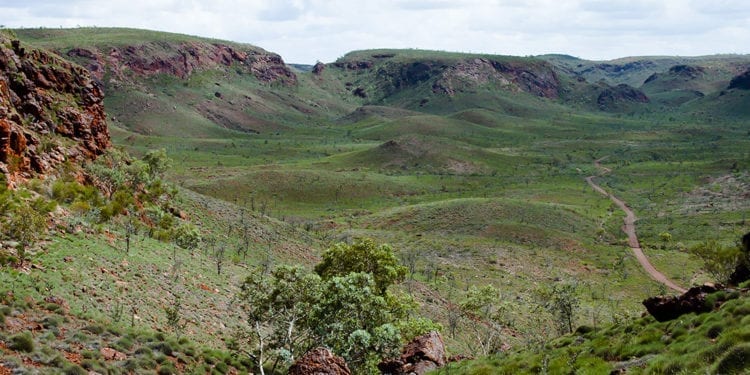 For a private equity fund focused solely on minerals and mining investment opportunities, global exploration spend and where it is occurring is an important indicator of the level of activity in the sector, and the appetite for development capital.

Exploration is generally associated with minerals discovery. However, exploration features extensively in the mine development process where discoveries are proved up, derisked and progressed to a bankable stage. This includes defining Ore Resources, Ore Reserves and various levels of studies. For junior and mid-size companies, development capital ahead of a bankable project can be difficult or expensive to source from listed equity markets. This provides an opportunity for more flexible funding options such as private equity, that actively participate throughout the project development process.

Contributing to the project funding challenges for emerging resources companies is the highly cyclical nature of the mining industry. Lags between demand changes and production supply responses are common and usually unavoidable, contributing to significant fluctuations in global commodity prices, mining capex, and the availability and cost of development capital. This cyclicality is clearly evident in Figure 1, which shows global annual exploration spending over the last 20 years. Spending on exploration peaked in 2012 at around $20.5B after a decade of China fuelled growth during the mining boom, only briefly interrupted by the Global Financial Crisis in 2008. The subsequent cyclical decline was comparatively rapid and severe as record minerals production was brought online. Exploration spend declined by two thirds in the four years following the mining boom peak, reaching a post boom low of $6.9B in 2016. It is not until 2017 that exploration spending showed signs of recovery.

While the boom-bust cycle in exploration spend has been equally prevalent across the globe, the regional distribution of exploration activity has diverged. There has been a marked change in exploration focus towards Latin America and away from more established mining regions including Australia and Canada. Latin America has generally attracted the largest share of global exploration spending throughout the cycle, accounting for an average of around 25% of spend (figure 2). The last decade has seen a clear increase in exploration focus on the region with shares of spending increasing from a low of 21.8% in 2007 to a high of 30.0% in 2017. In the same period Canada’s share has declined from around 21% to below 15%, while South East Asia, Australia and the USA have remained relatively steady at around 4%, 12%, and 8%, respectively.

The move away from grass roots Exploration can be divided into three broad types:

“Project development and mine site exploration combined accounted for more than 70% of global exploration spending in 2017.”

Size does matter in a cyclical sector Cyclicality in the mining sector has a direct effect on access to capital. Smaller companies generally have fewer funding alternatives available to them than their larger counterparts, and consequently have less capital to deploy in cyclical downturns. This is illustrated in figure 4, where intermediate size companies have accounted for a relatively stable share of global exploration spend across the cycle, while the relative share of spend for juniors and majors has exhibited considerable volatility. Expansionary periods in the mining cycle have provided easier access to capital for juniors, which in turn has driven significant increases in exploration spend relative to majors. As capital availability tightens in contractionary periods, exploration by juniors all but ceases, with the dominant exploration spend related to longer term development projects, or mine site activities by majors.

Conclusion – the right time to explore for new mining investments

What do these observations around global exploration spend mean for investors looking to participate in minerals and mining growth? An increase in global exploration spend in 2017, after a four year decline, indicates an increase in capital expenditure on minerals projects, and therefore demand for investment capital. More importantly, the increasing focus on late stage and feasibility related exploration suggests the time is right for investors looking to participate in minerals project development, particularly in the Latin America region, and on smaller companies as the cycle improves. With offices in the USA, Australia, Canada, and now Chile, RCF is well positioned to participate as a strategic capital partner in the development of new mining projects across globe.

About Resource Capital Funds
Established in 1998, Resource Capital Funds (RCF) pioneered the concept of a mining-focused private equity fund. RCF is a specialist in mining and partners with companies to build strong, successful and sustainable businesses that strive to produce superior returns for all stakeholders. RCF has raised six private equity funds with total committed capital of $4.0B and currently has $3.6B in assets under management. RCF portfolio companies have traded on eight different stock exchanges around the world.