Back when I was working at Canaccord Genuity (nee BGF Equities) I organised a number of investor and institutional field visits to the West African countries of Burkina Faso, Ghana and Mali. We chartered planes capable of carrying10-20 passengers over a seven day time frame as the most efficient way to get around these countries to see projects owned by Adamus, Ampella, Azuma, Castle, Gryphon, Perseus and Resolute, to name few. It was a real gold boom with many of the projects being in the vicinity of gold rushes with thousands of locals mining gold in simple but effective workings, usually limited at depth by water tables. West Africa was hot then, but the downturn in the commodities markets after 2012 saw a marked downturn, notwithstanding a number of new mines being developed.

Nevertheless, there is still plenty of gold to be found. Recent successes shown by companies such as Golden Rim, Oklo Resources, Cardinal Resources and West African Gold offer further confirmation of the potential of the region. With this in mind we are taking a closer look at Mako Gold (MKG), a recent IPO that is just starting gold exploration programs in West Africa.

Demonstrating that West Africa still has appeal to investors, Mako Gold (MKG) recently raised $6m in an IPO and commenced trading on 16 April, with Resolute Resources providing $2m of this.

Sound management and mine finding geologists are essential ingredients in any success story. To this end Mako is headed by the proven husband and wife team of Peter and Ann Ledwidge, MD and General Manager of Exploration respectively. Both are geologists and were instrumental in the discovery and proving of Orbis Gold’s 2 Moz Natougou deposit in Burkina Faso. Orbis was taken over by Semafo for $178m in 2015, thereby providing shareholders with a profitable, commercial exit.

In Mako, Peter and Ann are focusing on geology where there is contact between greenstone belts and granites. They are chasing higher grade gold occurrences where 2.5-3 gpt is considered at the bottom end of the range.

Mako’s lead project, Napiè, is actually in Côte d’Ivoire, to the south of Burkina Faso (our trips never took us there due issues with border crossings at the time), even though Perseus had a promising exploration project that has since seen a gold mine commissioned). Interestingly, the Napiè project has been picked up from Perseus, who spent US$1.3m mostly on RAB drilling of oxide zones. Perseus demonstrated that gold was present but it didn’t really get beyond those lower grade near surface showings. Mako can earn 51% by spending US$1.5m, and possibly 75% by taking the project to feasibility stage.

Mako is currently drill testing nine high priority targets within a 23 km long soil/auger anomaly, concentrating on the Tchaga and the Gogbala zones with strike potential of 5 km and 4 km respectively. The current program comprises 52 RC holes to depths of 100m vertical, and six diamond drill holes. So far assays have been received for 36 of the RC holes and the diamond core is being logged now. The diamond holes are being used to get a better handle on the structure, which is quite complex (often a beneficial feature as it provides more opportunity for gold deposition).

The drilling is showing that oxidation extends to depths of 35-40m, and this represents a deletion zone. The real actions starts in the underlying primary zone where higher grade intercepts of 8m at 8.53 gpt (including 2m at 30.1 gpt) and 26m at 3.85 gpt have been recorded at Tchaga. Gogbala has returned best assays of 12m at 5.4 gpt and 8m at 2.12 gpt. Thus there have been very positive results from early holes. It will be interesting to see what the remainder come up with.

The gold seems to have an association with pyrite. When the pyrite levels are at 1% there is lower grade gold, but at 5% the grades appear much higher. This could mean that IP will be useful in determining the higher grade zones.

Turning to Burkina Faso, Mako has two projects in that country; Tangora and Niou. A 10 hole RC program has just been completed at Tangora and assays are awaited. Not much is known about the geology other than there has
been artisanal mining to a depth of 40m. So, it is gold bearing.

There is also artisanal mining at Niou. Mako has identified nine targets within a 2 km x 1 km area of interest proximal to a regional shear zone with promising dilation zones. This will be drilled later in the year at the completion of the wet season.

So, Mako is an exploration company that comes with the usual risks that we would expect. We know there is gold there and we know that the country risk is acceptable, and management has a proven track record. It’s a good starting point. Let’s see what the next bunch of assays tells us. (We have added Mako to the chart coverage).

While on Burkina Faso, it is appropriate to look again at Golden Rim. The CEO recently dropped in to give us an update, following the announcement of a maiden, 1 Moz JORC resource at its 100%-owned Kouri Gold Project. The ASX release was made on 3/5/18, causing the share price to jump to 5.2¢ on the day. Shareholders would have been pleased but since then the smile has been wiped off their faces. The shares have been sold down to a low 2.9¢. Why? There has only been positive news since then.

The million ounces have a grade of 1.5 gpt, applying a 0.5 gpt cut-off. The metallurgy is excellent with tests showing 95.5% recovery of gold in both oxide and primary ore, with 36% being recoverable via gravity methods. The resources are calculated along a 3.2 km strike length in a 300m wide zone containing multiple lodes, to a depth of 90m.

The current resource should be seen as the starting point as there is good potential for extensions along strike and at depth. Along strike there is another 12 km to be tested. Drill results released last Thursday showed us that there is at least a 400m strike extension. The same release showed gold intercepts 100m deeper than the current resource. Does this mean that there could be 2 Moz? Quite possibly, but more drilling is needed.

The other avenue for upside lies with a variation of the cutoff grade. There is quite a bit of material grading 0.3 0.5 gpt that is outside the resource, but it is worth US$12- US$20 pt on in-situ contained gold. Maybe there is room to recalculate the numbers with a cut-off grade of 0.3 gpt, and consideration of a heap leach operation.

Take a look at Endeavour Mining’s Karma heap leach gold mine in Burkina Faso, currently being commissioned and ramped up. That is designed to recover 105-115,000 oz p.a at an AISC of US$780-830/oz, from a 4 Mtpa operation with a Measured and Indicated Resource of 81 Mt at 1.09 gpt. Its mining costs were recently $2.51 pt and processing costs were $7.84 pt, giving AISC of US$869/oz in the March Quarter, but the Company expects the numbers to improve. An operation like this could be on the radar for GMR if the resource does double from 20 Mt to 40 Mt through strike and depth extensions, or 60 Mt with a lowering of the cut-off grade as well.

So, why is the company capitalised at only $10m? Sure, it only has a little over $1m in cash, and maybe punters are waiting for another placement, but any half smart broker should be able to top this up without much effort. Another possibility is that an astute investor might come in to take 15-20% by injecting $2m, making it the largest shareholder and providing the perfect entry point whilst keeping placement shares away from flippers. If you consider that it might be able to sell its zinc project in Chile for around $5m, the numbers look even better.

Having read the latest release we have decided to go into the market to pick up more stock at around 3¢. It seems a no brainer for anyone with an eye for value.

Cobalt may benefit from the trade war

Cobalt stocks have been very disappointing over the last 3-4 months. It is even as if it has been dismissed as a battery input metal, which is crazy. There might be something in the wind though, courtesy of the trade war. China accounts for 80% of the world’s refined cobalt. That is going to make US industry very nervous and will likely result in a scramble for alternative supplies. It will need processing facilities outside of China as a strategic
alternative and it will need supplies of concentrates. US companies will be precluded from accessing material from the DRC, so new projects are required.

Another big diamond for Lucapa – 114 carats

Hot on the heels of the 89 carat yellow diamond recovered from Mothae, Lucapa has announced the recovery of a 114 carat, high quality stone from Lulo. This will be worth a substantial amount of money. Again, it confirms the unusually rich nature of Lucapa’s projects.

Almost as if on cue, Rio Tino was quoted last week in TheAustralian as being very keen to get more diamonds in the Kimberley, particularly the very rare pink diamonds. Look out to see if any of the explorers come up with pink stones in their exploration programs. 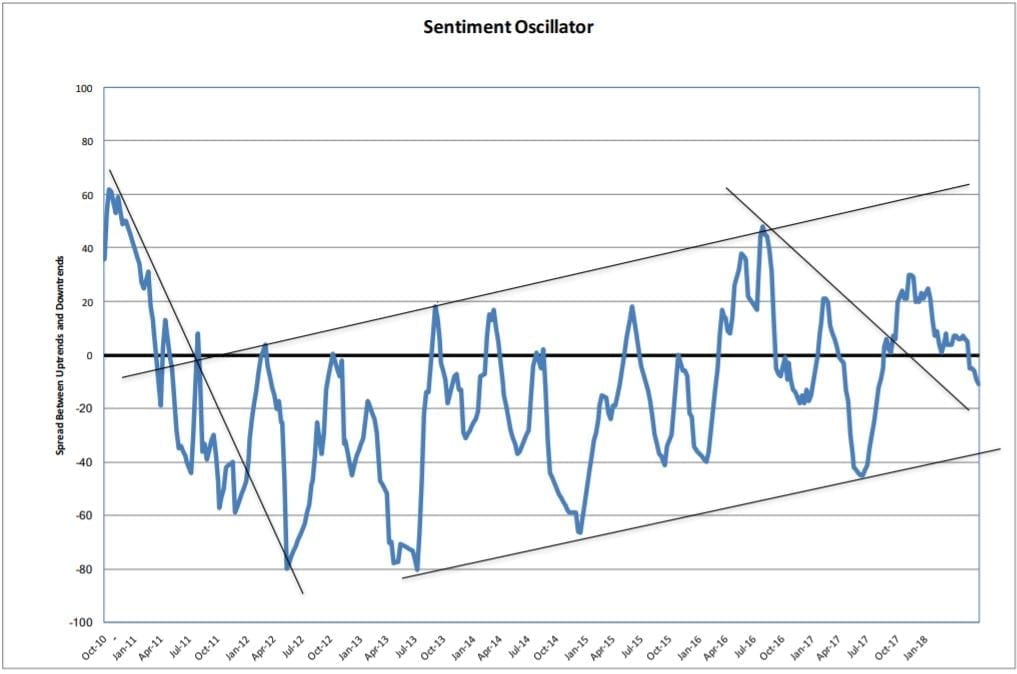 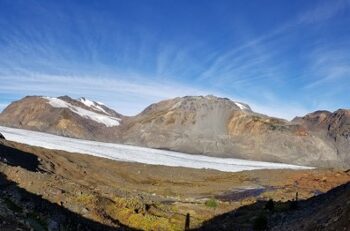 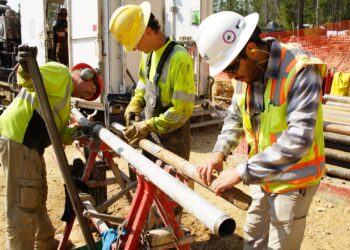