The Power of Batteries

The Power of Batteries

In recent years, the demand outlook for cobalt, lithium and, to a lesser extent, nickel has been firmly tied to the outlook for electric vehicles (EVs). However, these three metals also have other significant industrial uses. This is especially true for nickel – the stainless steel industry accounts for 70 percent of nickel consumption. As for lithium, 61 percent is used in lithium-ion batteries (LIBs), with the rest going into the manufacturing of glass, ceramics, and greases. Cobalt has more varied uses, with around 25 percent going into LIBs for EVs, 35 percent into LIBs for consumer electronics, and 40 percent into superalloys, hardened steels, magnets, and chemicals for paints, dyes, and other industrial applications.

Despite a diverse user base, the vast majority of applications for all three metals are used within manufacturing and industry in general and, as a result, demand has been hit extremely hard as economies around the world have been in various degrees of COVID-19 lockdown.

While economies slowly emerge from lockdown, industrial demand for these metals is expected to recover. But it’s likely that, because businesses and households will have had their finances stretched during the lockdown periods, spending on large-ticket items such as EVs will take considerable time to recover. This is especially likely if there are concerns about second waves of the virus once lockdowns are lifted, as it means consumers may only spend on essential items.

As such, while the upstream part of the battery raw material supply chain may well recover quickly and be ready to return to post-COVID-19 crisis production levels, the critical part of the outlook will be demand. We expect a recovery in demand from the downstream parts of the supply chain to filter through slowly. That said, there is still a risk to production, which we will cover below.

The hit to industry and the global economy has been massive; the International Monetary Fund has cut its outlook for world growth by 6.3 percentage points from its January 2020 forecast and expects the global economy to shrink by 3 percent, before rebounding to 5.8 percent in 2021. For advanced economies, the impact has been even more severe with gross domestic product (GDP) falling from 1.7 percent in 2019 to a forecast -6.1 percent in 2020. As the chart shows, the hit was concentrated in the first quarter in emerging markets and developing economies, skewed due to the COVID-19 outbreak starting in China. While China will start to see positive growth again from the third quarter this year, advanced economies will likely feel the full brunt of the impact in the second quarter and potentially not recover until 2021.

Turning our attention to the outlook for LIB demand, with Covid-19 impacting most of the commodities markets, we expect that LIB demand has taken a significant hit in the first half of the year, but will start recovering toward the end of the second quarter and pick up pace in the second half. There are some encouraging underlying trends that bode well for a strong recovery in EV sales, but it’s important to understand how dire the first four months of the year have been.

Still, there were high hopes for European EV sales because around 70 new EV models were set to be introduced in 2020, providing more choice for buyers. Stricter carbon dioxide emission levels were also introduced, along with steep penalties against auto manufacturers if they did not meet these targets. These measures were expected to see sales ramp higher from an already strong gain in 2019, when plug-in EV sales rose by 44 percent from 2018.

Needless to say, the COVID-19 pandemic has made the already weak situations in China and the US significantly worse and derailed EV growth in Europe, despite sales expected to be up 75% from 2019. Not only has demand for EVs suffered because lockdowns have kept buyers from visiting showrooms, but the shutting of EV production lines and battery factories has disrupted the order flow of battery raw material all the way up the supply chain.

However, there has been some positive EV news coming out of Europe. In Italy – the first European country to be hit hard by the virus – a total of 926 fully electric cars (or battery electric vehicles), were sold in March, almost 50 percent more than in the same month last year. Although the number of sales in March was less than in January (1,943 BEVs) and February (2,530 BEVs), it’s clear from the figures that there was strong pre-COVID growth. In March across Europe as a whole, while the total amount of registrations fell by 52 percent year on year, EV sales grew to 147,500 units, up by 15 percent, and accounted for 17 percent of the market, up from 7 percent in March 2019, according to industry analyst firm Jato Dynamics. This suggests there is still a high chance that once vehicle sales recover, EV sales will outperform sales of conventional vehicles. Interestingly, the European Union is partially driving this by putting pressure on original equipment manufacturers (OEMs) to promote EV sales. Some countries in the EU are also incentivising buyers with subsidies.

The outlook for EVs in China and the US is hopeful; sales will recover. In China, despite less attractive subsidies than before, there are other benefits supporting EVs, including exemption from the 10 percent purchase tax and, in tier-1 cities outside of Beijing, getting vehicle licence plates on demand rather than having to wait to get licence plates for a conventional vehicle.

In the US, the introduction of more EV models, as well as fewer Tesla vehicles being diverted from the US market to the Chinese market now that Tesla is manufacturing in Shanghai, should lead to some recovery in US EV sales once there’s a general rebound in auto sales. More local governments in the US are also pushing the EV agenda forward, with the State of Washington adopting California’s zero-emission vehicle policy. Twenty-three states are either adopting or looking to adopt California’s standards, which is good news for EVs considering fuel prices have recently dropped.

In most economic downturns, demand is hit and it takes time for producers to respond. This makes a bad situation worse while stocks build up, which in turn delays a recovery once demand gets back on its feet. But the downturn caused by the COVID-19 pandemic has hit supply almost as quickly as demand because many governments have passed emergency legislation to enforce social distancing, causing some producers to halt production or reduce output. This has led to supply disruptions that have affected lithium, cobalt, and nickel production to varying degrees. However, it looks like the loss of production of these metals will likely be a lot less than the demand destruction, so there is still a risk of oversupply and an inventory build up that could weigh on prices for longer.

The main production disruptions for lithium so far have been seen in Argentina, after the government put the country in quarantine. This led to production stoppages at lithium producers (most of which have since been reactivated), and the delay of development work at new projects. This will have a knock-on effect in the years ahead, increasing the likelihood of supply shortages.

In Australia, another major lithium producer, production has not been affected, but several new companies that started to produce in 2018 have already cut production due to low prices and weak demand from offtake partners. Lower production is helping to prevent the stock overhang from building further; stocks at those producers who have cut output are now being run down, which is a healthy development.

“While the outlook for LIBs and battery raw materials is bright in the years ahead, the demand shock and resulting supply surplus stemming from COVID-19 has delayed a much-needed demand recovery”

Most of the supply disruptions have been caused by preventative measures. Few production sites have been affected by the virus itself, but if that were to change then production could be hit more directly. Cobalt would be most at risk, as around 70 percent of cobalt production comes from the Democratic Republic of Congo (DRC), a country that lacks an extensive health infrastructure. The DRC is also landlocked so semi-closed borders are affecting supply and causing shipment delays, but while demand is weak that is not such an issue. The spread of the virus to date shows that Africa has not been hit hard, so there’s a possibility that a significant disruption to supply may still lie ahead.

The main disruption to cobalt production so far has come from nickel mines, where cobalt is produced as a co-product. Production losses are currently being measured in hundreds of tonnes, not thousands of tonnes, but that could change if some of the big producers in the DRC – Katanga, Tenke Fungurume, Roan Tailings Reclamation, Etoile – are affected.

For nickel, the LIB industry needs nickel sulfate, which comes from the production of class 1 nickel, with a considerable amount of sulfate produced by dissolving nickel metal.

With exchange stocks of nickel relatively high (around 260,000 tonnes, up from 190,000 tonnes at the start of the year), there should be no shortage of nickel for the battery industry any time soon. However, the London Metal Exchange’s three-month nickel price (USD 12,200 per tonne, compared with last year’s average of $13,900 nickel) is considered to be some USD 4,000 to USD 5,000 per tonne below the price that would be needed to incentivize new production of nickel sulfate.

In summary, while the outlook for LIBs and battery raw materials is bright in the years ahead, the demand shock and resulting supply surplus stemming from COVID-19 has delayed a much-needed demand recovery. Supply restraint and the speed of recovery for demand will now determine when the battery raw materials start their next bull phase

Precious Metals Panel: Perspectives on the Gold Market and Opportunities for the Long Term Investor 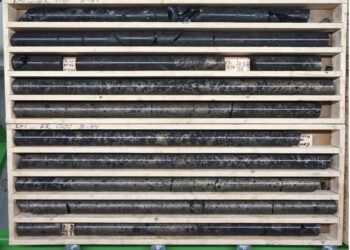 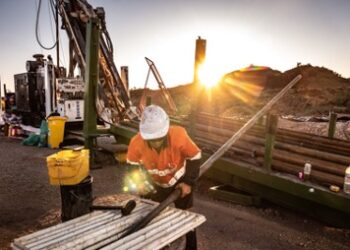 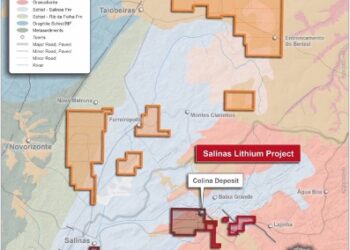 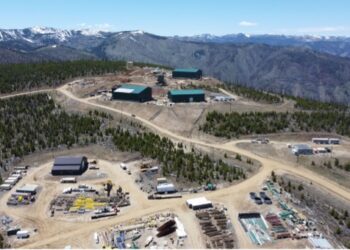 Precious Metals Panel: Perspectives on the Gold Market and Opportunities for the Long Term Investor