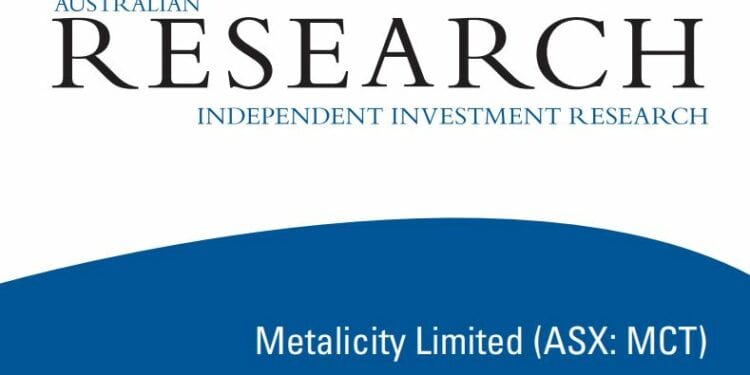 As part of a comprehensive re-focussing of their business, Metalicity Limited (“Metalicity” or “the Company”) has recently entered into an agreement with Nex Metals Exploration Limited (“Nex”, ASX:NME) to earn into two high grade gold properties in the Leonora region of the prolific Eastern Goldfields of Western Australia.

The two properties, Kookynie and Yundamindra, have seen significant historical production, including 360,000 oz at an average grade of 15 g/t Au from the Cosmopolitan Mine at Kookynie between 1893 and 1922. At the time Cosmopolitan was reportedly one of the most profitable operations in Western Australia.

The projects have seen little drilling over the past 25 years, and drilling that has been carried out has been generally shallow (largely <40 m depth). This however has resulted in a large number of high grade intersections, with those over the two properties at a lower cut-off of 10 grammeters averaging close to 9 g/t Au. Those over the key Diamantina-Cosmopolitan-Cumberland (“DCC”) trend have averaged over 10 g/t gold at the same cut-off.