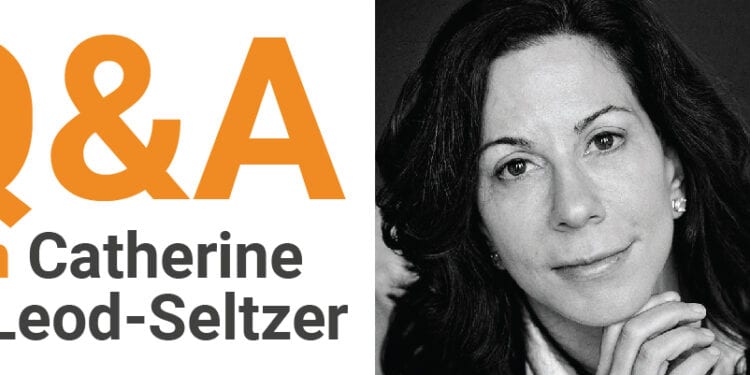 1.Thanks for contributing to the Assay. When and how did you get started in mining?

It’s a pleasure, thank you. I was born into a 3rd generation mining family, so it was in my blood, I guess!  Although, I did get here in a more circuitous route than either my brother Bruce (a Mining Engineer) and my cousin, Rob (a Geologist) who both have technical backgrounds.  I graduated with a business degree in 1984 and shortly thereafter started working at Yorkton Securities. In 1992, after I had worked in several different roles, Chairman Frank Giustra sent me to Chile to open a Mining Corporate Finance office.  There I met David Lowell, a world famous mine finder, and I subsequently left Yorkton to form Arequipa Resources with him. Our focus was on the very prospective and underexplored mineral belts of Peru. David and I took Arequipa public in 1993, and then later as its CEO, I was responsible for raising all the financing, marketing the company to shareholders, and overseeing the corporate side so that David could do what he does best, find large orebodies.

2. How has mining evolved since when you first began?

In many ways it has changed for the better and in many ways it has become more difficult. I got started in a very special time, the Berlin Wall had just fallen and so much of the world that had been closed off during the cold war was opening up to modern mineral exploration, for the first time in multiple decades. That is why with Arequipa we were able to find high-grade ore sticking out of the ground in Peru, although you had to be visionary like David to be ahead of the curve getting in. Many in our industry have said that the large, easy orebodies have all been found, and today the big mining companies are even bigger as much consolidation has taken place. Therefore, feeding the beast is even harder than it used to be when it comes to replacing depleting reserves with discoveries that actually move the needle. We also seem to be walking back the clock with resource nationalism, which is closing off some parts of the world economically for mining investment. On the good side, I would say the mining business is coming of age in recognizing that Environmental, Social and Governance (ESG) is not a cost of doing business, but rather a strategic advantage.

3. You met David Lowell at an early time in your career. How did that impact your career trajectory?

It is quite ironic, as David, who is now 91 years old, was old-style in his view of “diversity”.  Despite that, David is the one who gave me, a 33-year-old untested young woman, the position of CEO, with complete rein in both market and financing strategy, and the day to day running of the company, so long as I never told him where to put a drill hole!. It’s actually because of that opportunity at Arequipa that I am now one of the few woman Chairs of a TSX 60 listed company – I was recruited to the Kinross Gold (TSX: K) board in 2005 by the CEO at the time, who I knew well, as he had been our Investment Banker during the $1.1 billion takeover of Arequipa by Barrick Gold (TSX: ABX).

4. You’ve built very successful mining companies in your career. What would your advice be to those looking to do the same today?

The number one key to success is people. Always surround yourself with the best people, both technically and ethically, no matter if you are the CEO or if you are still working your way up the ladder. You need to be optimistic, ready to take a risk and always be a hard worker, who will do more than is needed. The other thing is to recognize that our business is deeply cyclical when it comes not only to metal prices, but in access to capital. The very same asset can be worthless at the bottom of the cycle and worth billions at the top, due to the leverage of higher metal prices. Thus, you need to be aware of and take advantage of those major moves.

The key with investors is long term credibility; it is so hard to build and so easy to destroy. Your reputation is your number one asset, so guard it closely. How and with whom you spend your time is one of the top factors for success, in my experience. One of the other keys to my accomplishments is that I have had the good fortune to have lived through enough market and metal price cycles to know that another good one is on its way! I have been living the ups and downs since I was a young child growing up in a mining family, and then was at the heart of the action in the brokerage business during the crash of 1987. I also lived through the epic 1997-2002 mining market downturn and the 2008 Global Financial Crisis. But, I also benefited tremendously from the post-2002 and 2009 booms. Investor appetite for exploration ebbed and flowed each of those times and right now we are just seeing the light of day, post the 2011 downturn. This decline in exploration funding has been a long one and has been exacerbated by numerous factors, but the bottom line is that bear markets are where the opportunities are created. Dave Lowell and I wouldn’t have had the opportunity to purchase 100% of the Toromocho copper deposit for $30 million in exploration commitments if copper hadn’t been 62 cents a pound at the time. We sold that deposit to Chinalco for CAD $840 million only a few years later when copper was pushing $5 a pound. Now, we got tremendously lucky on the timing of the copper move, but we knew 62 cents was not sustainable and were actively looking to find a large copper asset during that downturn.

6. Is the TSX-V the best place of exploration companies to raise capital, or should they be looking to other exchanges or alternative pools of capital such as PE?

Yes, the TSX-V is still one of the best places to raise exploration capital, but the highly cyclical nature of our industry means that you must also adapt by finding alternative sources of capital such as PE, Streaming or Royalites, and Family Offices. In the early Arequipa days, we were also in a difficult time of the cycle and equity capital, like today, was expensive and hard to find. We embarked on a strategy of joint venturing our base metal targets to two or three of the large copper companies and including cash payments in our agreements, so that we could both source outside funding and focus on our gold exploration targets. Then things turned and we were able to do successively larger equity financings and make the company-making Pierina discovery. Today many companies are also sourcing funding from Majors, but I believe we will once again see a bull market for exploration companies. Even though it seems incredibly difficult today with various other speculative sectors sucking the oxygen from the room, and ETF’s (which don’t provide financing) commanding a larger and larger part of the overall market, the cycle will once again turn, and exploration funding will become available.

7. You’ve had exposure to precious metals, diamonds, and base metals. Beyond these metals, where do you see future opportunities? For example, battery materials?

Yes, there are tremendous opportunities in those metals as well. They are essential to powering the modern lower carbon world.  But they are very specialized sectors that I leave to the experts in those metals.

8. How do you think the Canadian mining industry will perform in 2019 and what are the key forces shaping the fortunes of the sector?

The main force that shapes this industry is that each and every day we need more and more of the products that mining produces to provide the amenities of a modern, cleaner energy world. Every day, we draw down our existing sources of these metals; we must not only replace those mineral reserves as they are mined, but we also need to expand them to meet the increasing needs of developing nations. We require governments that understand that this is all driven at the very base by exploration and that provide a legislative and financial framework that supports exploration success and the subsequent commercialization to producing mines. We have some of the best mining people in the world and although I am troubled that we have just recently lost two Canadian head offices, the people who populated those companies are smart, driven and resilient. These entrepreneurial and technical minds will take advantage of the opportunities that come out of the consolidation.  This re-birth will need a new financial cycle to be really transformational, but I am confident it will lead to the re-birth of other and new important mining companies to fill the void.