The first trading days of 2018 are confirming signs of renewed investor interest in the precious metals sector, as we’d predicted in our previous coverage of gold late last year.

Over the past five years, the yellow metal has been basing out in a range between $1,050 and $1,400. A push above $1,400 later this year would therefore be significant. It would get momentum traders and mainstream financial reporters to take notice. I believe prices will remain firm between $1200 and $1500/oz during 2018.

As an update to our bullish piece on gold on 27th December, some very positive news has been released that relates to the world’s second-biggest gold market, India. The latest data from precious metals consultancy GFMS shows that Indian gold imports surged by 67% during 2017 to 855 tonnes, as jewellers replenished inventory amid a rebound in retail demand.

During November 2016, Prime Minister Narendra Modi scrapped 500- and 1,000-rupee banknotes, which accounted for 86% of the value of cash in circulation, as part of a crackdown on corruption, tax evasion and the financing of militant groups. The flow-on effect of the move was that it created a cash crunch and dampened gold purchases during Q4 2016.

India’s overseas gold purchases during December 2017 stood at 70 tonnes, up 40% from a year ago, according to GFMS data. India’s gold imports this month could be higher than last January’s 50 tonnes, but lower than the December imports as demand has been softening due to the recent price rise. 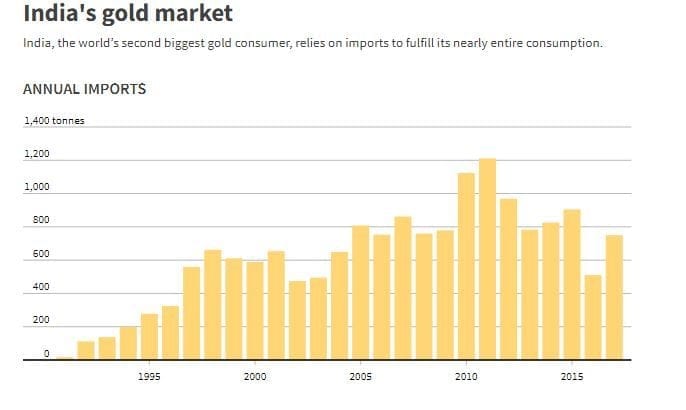 US Business Tax Cuts a Factor

Even as the Federal Reserve vows to continue raising its benchmark interest rate and “normalizing” its balance sheet, a flood of new fiat stimulus is set to hit the US economy. The recently-passed tax cuts will cause hundreds of billions – perhaps eventually trillions – of dollars to be repatriated back to the United States.

For years, many corporations have hoarded business assets overseas in more favourable tax environments. With the corporate rate dropping to 21% in 2018, the U.S. suddenly becomes a much more attractive place in which to set up shop. Dollars are coming back into the US and set to be reinvested in capital projects, wage increases, new hiring. The potentially bad side effect is that higher inflation could show up in consumer prices (i.e. inflation).

An inflation uptick would likely cause long-term interest rates to rise, which would dig the government’s $20.6 trillion debt hole deeper. (Federal deficits are expected to grow by more than $1 trillion under the GOP’s latest budget, which fails to pair tax cuts with spending cuts). The flood of deficit-financed stimulus sets the economy up for a short-lived spurt of gains, followed by longer duration debt and inflation pains. For now investors are still enjoying gains, as reflected by the ongoing strength of the stock market. But inflationary pressures are already building in raw materials markets.

The supply and demand fundamentals for precious metals look further improved during 2018. Average gold and silver prices over the past few years have hurt the mining industry. Although it has continued to operate existing mines – sometimes even at losses – it has slashed exploration and development of new projects. That will mean years of stagnating or even declining output ahead.

A similar pattern is expected to play out in silver, though it’s more difficult to forecast since few primary silver miners exist (most silver comes as a by-product of base metals mining operations). Demand for silver is also more variable, with investment demand being the biggest wild card. As we move forward into 2018, I will continue to watch the silver-gold ratio, which closed 2016 at 72.18 and moved to 76.37 at the end of 2017. The ratio was 4.19 higher on the year, which is a reflection of silver’s price weakness compared to gold. When the ratio moves to the upside, it tends to be a bearish sign for the precious metals sector on a historical basis. The long-term pivot point for the ratio is around the 55:1 level.

Silver underperformed gold in 2017, although as the graphic below shows silver outperformed gold during early 2017. I expect a turnaround from silver during 2018, potentially hitting $20/oz this year – after finishing 2017 just under $17 – and a similar strong start to 2018.

Turning to the platinum group metals, platinum is widely expected to go into a supply deficit this year or next, after finishing 2017 at a small surplus. Its sister metal palladium experienced an annual supply deficit of 680,000 ounces during 2017 and growing concerns of shortages helped drive its big price gains. And even with palladium prices now touching all-time highs, available supply is still on the wane – and there is likely to be an expanded palladium deficit of more than 1 million ounces during 2018.

The growing shortage is also bullish for platinum, because automakers and other industrial users of palladium now have an incentive to switch to less expensive platinum where possible. However, large-scale substitutions don’t take place immediately. But during 2018, demand drivers could finally start shifting back in favour of platinum.

The graphic below highlights the comparative performance of the four key precious metals – gold, silver, platinum and palladium over the past 12-month period.

Gold has finished the past three calendar years in the relative doldrums, but burst out of the blocks at the beginning of both 2016 and 2017 – and I believe we’ll see a similar performance during 2018.

Platinum, silver and gold investors who have sat patiently on their positions waiting for them to break through to the upside could well be rewarded this year. It’s a question of whether that happens early in 2018 with the economic stimulus, late in 2018 as a reaction to potential tremors in bond and stock markets, or again in 2019, when supply destruction starts to kick in more strongly.

I also believe we’ll see further curbs on the rise of the US dollar during 2018 in order to maximise the performance of US trade and minimize the impact of servicing the country’s extraordinary debt burden.  This will continue to provide impetus for all commodities, including precious metals. 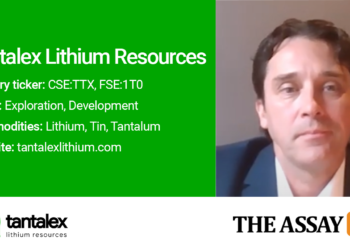