No Industry Spared In The $100B US-China Trade Spat 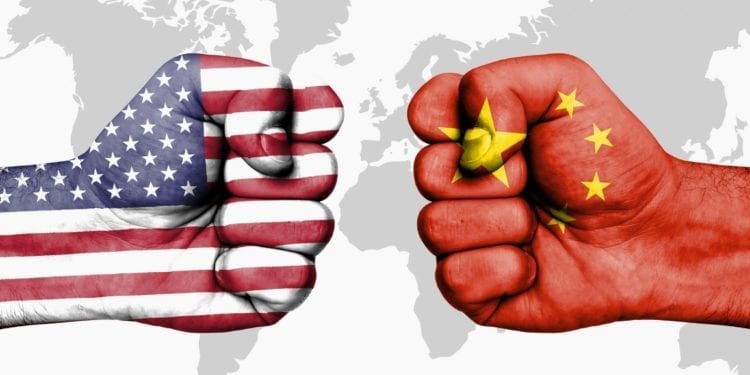 U.S. tariffs that came into effect on roughly $34 billion worth of Chinese goods July 6 mainly targeted components of consumer products, like electrical equipment, chemicals, and metals, while China took aim at agricultural and energy products to the same value when it immediately retaliated. 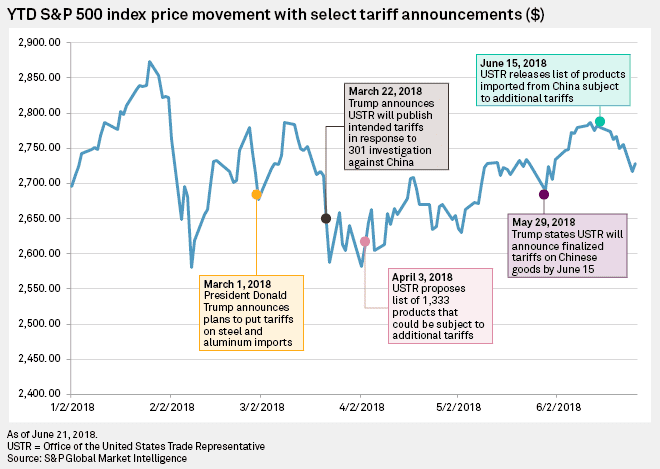 The U.S. had originally included several consumer goods in an original list of tariffs released in April, but these were dropped to shift the focus to their components.

China’s first round of tariffs included agricultural products the country was once in talks to purchase as a way to reduce its trade deficit with the U.S. During the 12 months ended April 30, the U.S. exported US$15 billion of vegetable products to China, accounting for 26% of all such U.S. exports during the period. 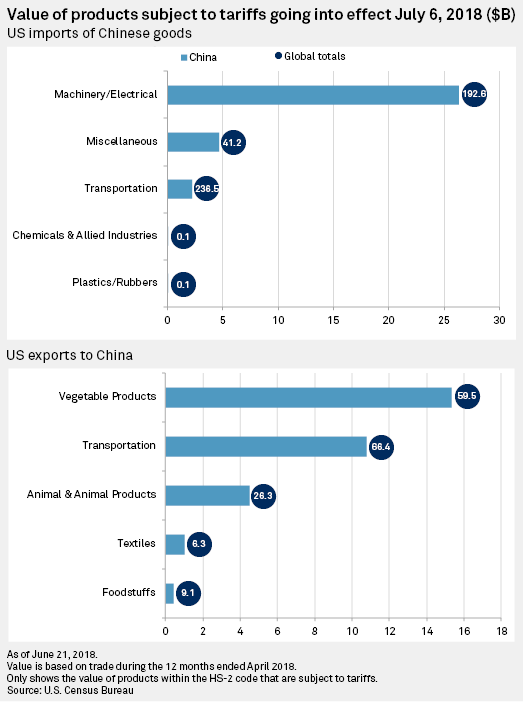 In its proposed list of additional tariffs, the U.S. will again target industrial supply chains, with machinery and electric products topping the list. China’s second-round list would be dominated by energy products, including oil, coal and natural gas liquids. During the 12 months ended April 30, 7% of U.S. energy exports went to the Asian nation, worth US$9.7 billion. Notably, LNG was left off the list. As recently as late May, China was in talks to increase LNG imports from the U.S. 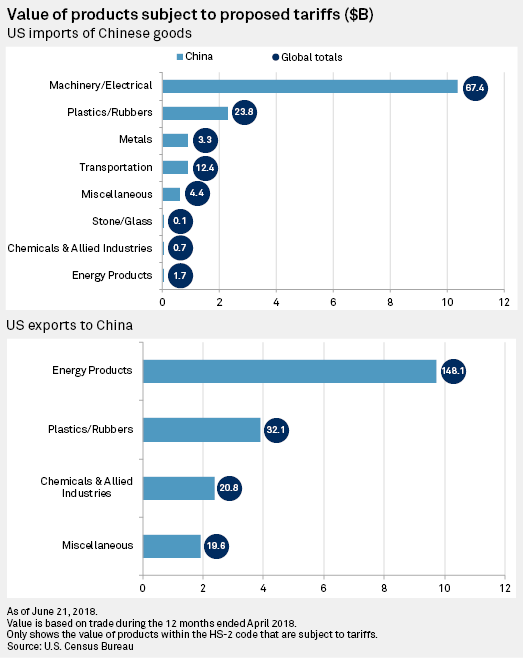 In terms of value, construction equipment parts top the U.S.’s July 6 tariffs, at US$1.9 billion of shipments. The most valuable products to be targeted in the next round will be electronic equipment: U.S. imports of these products from China totaled US$4.8 billion.

The Chinese retaliation July 6 included levies on soybeans. Over 54% of U.S. soybeans exports go to China, totaling US$11 billion. China’s second-round list of tariffs will target energy products, with China accounting for 16% of combined U.S. exports of crude oil and petroleum products. The inclusion of metallurgical coal is noteworthy, since coal was reportedly in considerations as a path to reducing the U.S. trade deficit. 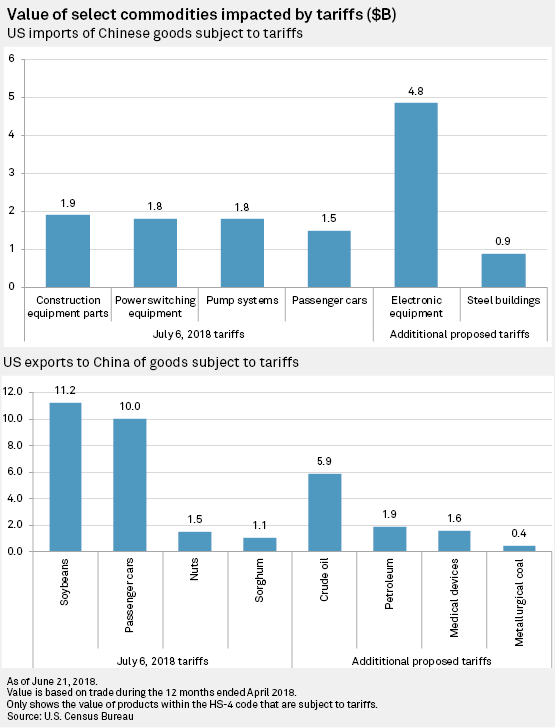