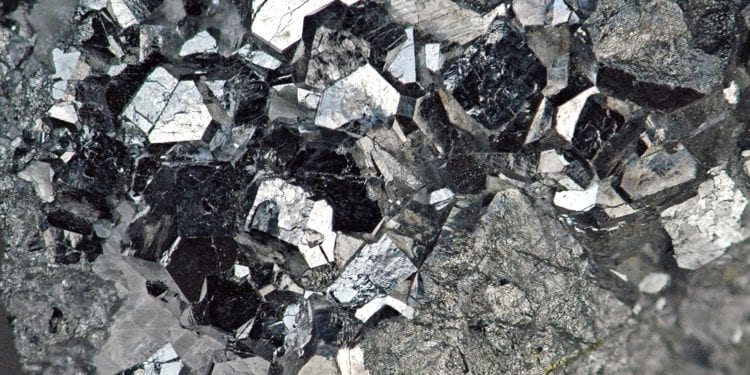 LONDON, Aug 15 (Reuters) – The world used almost 2.2 million tonnes of nickel last year. Around two thirds of that metal was absorbed by the stainless steel industry, which uses it as a key alloying agent.

Stainless steel production has been booming. Global output rose by 5.8 percent last year and accelerated by another 9.5 percent in the first quarter of 2018, according to the International Stainless Steel Forum.

This has been good news for nickel.

The International Nickel Study Group (INSG) estimates that global first-use nickel usage jumped by 7.8 percent last year and by another 9.7 percent in the first five months of this year.

Such are the fundamental bonds between nickel and stainless steel, nickel dancing to the tune of its biggest user base.

Or at least that’s how it used to be.

The nickel market may be changing. 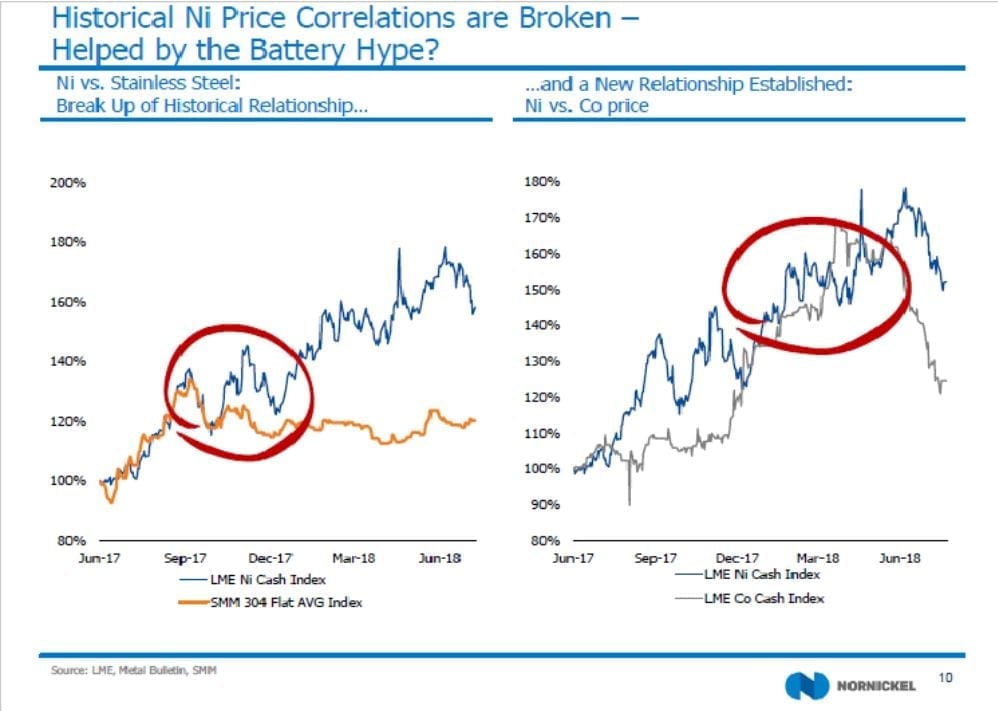 Historical price correlations between nickel and stainless steel have broken down, according to Russia’s Norilsk Nickel , the world’s largest producer.

Nickel has been caught up in the broader metallic sell-off but it is the only London Metal Exchange base metal still to be in positive year-to-date territory, up four percent at a current $13,120 per tonne.

It has also been significantly out-performing stainless steel since the fourth quarter of last year, opening an ever wider gap between the two.

If nickel’s correlated to anything at the moment, Nornickel argues, it’s with cobalt.

Nickel and cobalt are two of the metals expected to benefit most from the electric vehicle (EV) revolution. Both are key inputs to most types of lithium-ion battery.

It may seem premature for nickel to switch pricing partner. After all, the amount of metal currently being used to make batteries is tiny.

Analysts at Wood Mackenzie estimate some 40,000 tonnes of nickel went into EV battery manufacture in 2016, representing less than two percent of the metal’s usage in that year.

There may be a bright electric future for nickel but WoodMac and just about everyone else thinks it will be a couple of years before the EV demand accelerator really kicks in.

The market, however, is pre-empting that future growth curve and nickel’s complex supply chain is starting to adapt accordingly. 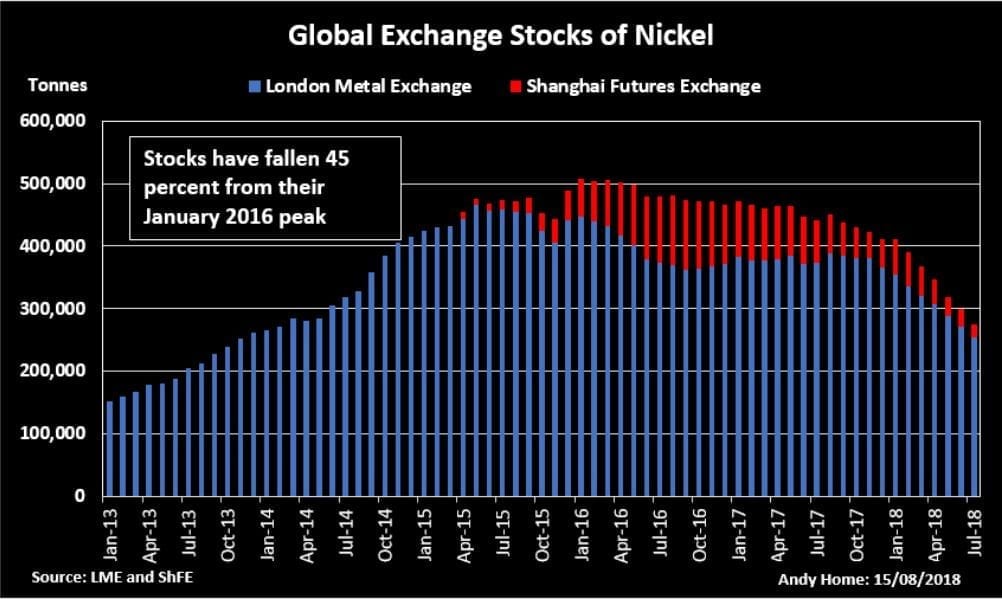 Where’s all the nickel going?

The daily clue that something is changing in the nickel market comes in the form of the LME’s stocks report.

Today’s showed another 384 tonnes of nickel being loaded out of exchange warehouses. LME inventory has fallen for eleven consecutive months. At a current 248,328 tonnes, stocks are at levels last seen in late 2013.

Stocks of nickel held by the Shanghai Futures Exchange (ShFE) are in danger of disappearing altogether.

The scale of decline has been greater than can easily be explained, even allowing for the stainless booster to nickel demand.

Nornickel’s view is that the battery supply chain is building pre-emptive stocks, a process that is being accentuated by traders and investors doing the same.

The reason the two exchanges are being hit so hard is that they both have the “right” type of nickel for making batteries.

tainless steel mills can take nickel in all its multiple forms. Whether nickel pig iron, ferronickel or refined metal, it all gets melted in the stainless-making process.

Battery-makers, however, need nickel sulphate, a product that, for now at least, can only economically be made from Class I material, defined as having a nickel content greater than 99.9 percent.

Precisely the sort of nickel that is registered with the LME and the ShFE.

And precisely the sort of nickel that is in short supply.

Nornickel is forecasting global nickel output to rise by nine percent this year but most of the extra units will take the form of nickel pig iron (NPI), all of it destined for a stainless steel melt shop.

Production of Class I nickel, by contrast, is forecast to fall this year to the tune of 19,000 tonnes.

The divergent trends are directly related.

Higher-quality nickel producers are still suffering from the price slump occasioned by the surge in Chinese NPI production earlier this decade.

One year ago the LME nickel price was below $10,000 per tonne and producers such as Brazil’s Vale are still focused on operating margins rather than maximising production. Vale’s first-half output of 125,000 tonnes was nine percent lower than a year earlier.

Moreover, the abundance of NPI and the low price environment of 2015-2017 have combined to stifle investment in new mines to produce the “right” sort of nickel.

Breaking up is hard to do

From this fundamental perspective, nickel’s bullish divergence from stainless steel is a reflection of the price incentive needed to stimulate more Class I production.

There are signs the market signals are working.

BHP tried unsuccessfully to sell its Australian nickel business in 2014. Now it is ploughing money into the assets and investing in a nickel sulphate plant in Perth.

Privately-held Dundas Mining is planning to reactive the Avebury mine in Tasmania. It last operated in 2009.

The projected growth in EV battery demand has electrified the nickel price, which in turn is sparking a revival in the production of the “right” sort of metal for conversion into sulphate.

But the whole process has been accelerated by players grabbing physical units and expressing their bullish price view on the London and Shanghai exchanges.

Even though some of the speculative froth has been blown off over the last couple of weeks, there is still an “electric premium” in the nickel price.

The problem is that if the escalating trade tensions do start impacting global growth, one of the casualties is very likely going to be the stainless steel industry.

And that could still mean trouble for the nickel market.

Nickel may well be dancing to a new beat but it may find breaking up with its traditional stainless partner hard to do.