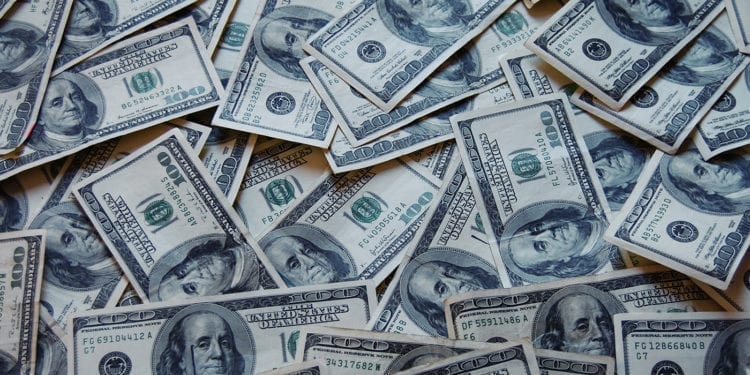 The US$1.26 billion raised by junior and intermediate companies in September was the second consecutive monthly increase and the largest in four months. It was the second-highest amount raised in 2018 to date, after US$1.38 billion in May, and the fifth month in the past year that companies succeeded in raising over US$1 billion.

The number of financings completed monthly fell from a 2018 high to date of 195 in June to 143 in August. In September, the number of completions bumped up to 148, an increase of five — four for specialty commodities and one for gold. However, the total amount raised nearly tripled over August’s US$462 million. This reinforces our position that investment in exploration, and more specifically the juniors, is returning, but it is doing so with greater investment in fewer companies. 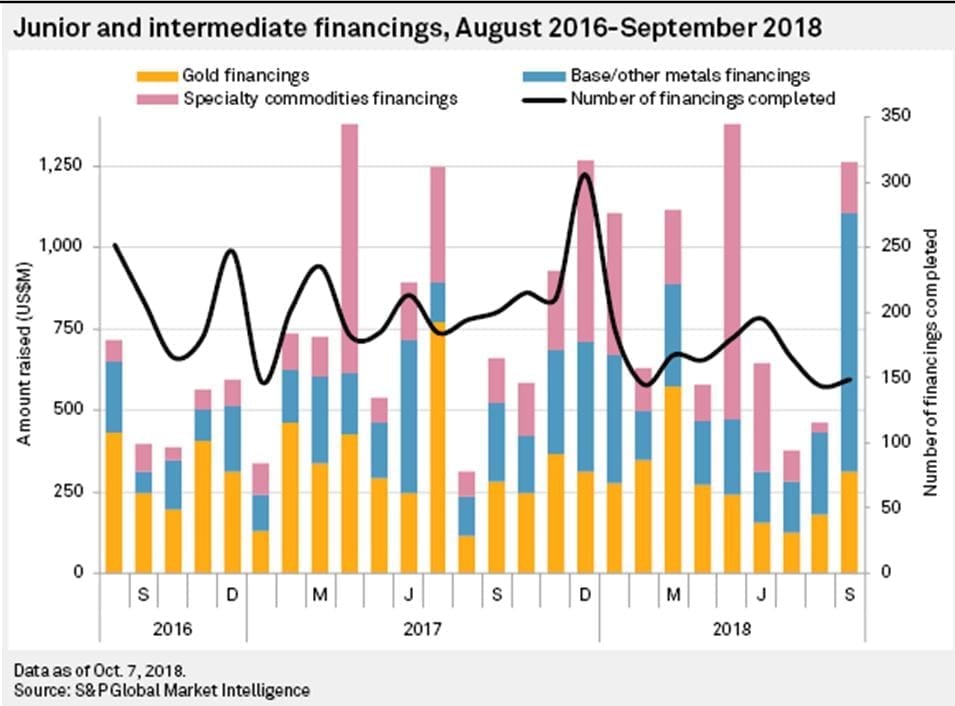 Financings data is available in the accompanying Excel spreadsheet. It is accompanied by another article in the monthly Industry Monitor series: Drill Results. 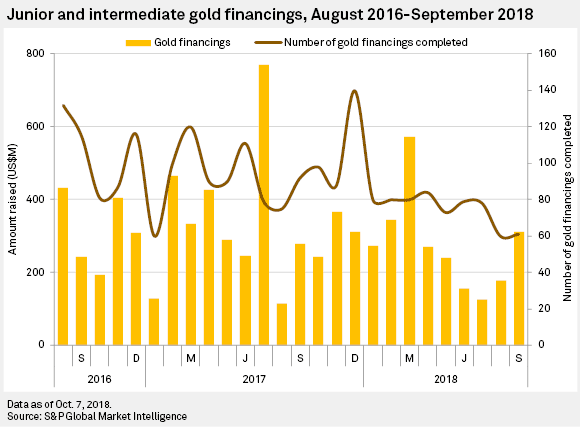 Hong Kong-listed Munsun Capital Group Ltd. completed the largest gold financing, raising HK$1.1 billion to repay debt and maintain cash flow for its corporate operations as well as its mines in China. Canada’s Osisko Mining Inc. raised the second-largest amount for gold in a series of offerings that began in August and closed Sept. 18 and 19, raising an aggregate C$119 million and including investments from Kirkland Lake Gold Ltd. and Osisko Gold Royalties Ltd. Osisko Mining is using the funds to continue advancing exploration and studies at Windfall Lake in Quebec.

Base/other metals financings accounted for the lion’s share of all funding raised in September. The US$792 million total was more than triple the amount raised in August and also represented a six-year high. September saw 56 base/other metals raisings, the same number as in August, with one large financing representing 78% of the total. Most of the base metals funding raised in the past two months has been for copper projects. 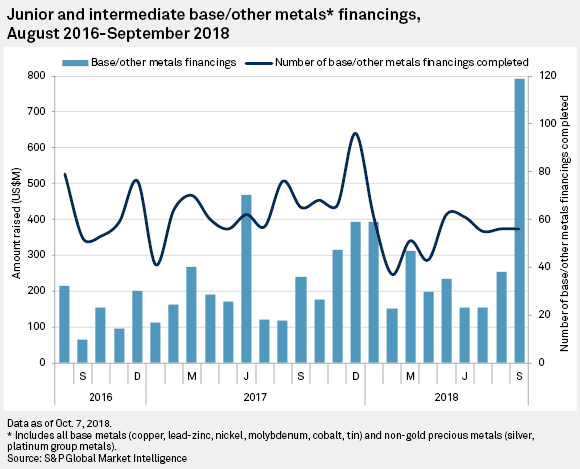 Australia’s Poseidon Nickel Ltd. completed the second-largest financing, in two offerings totaling A$69 million. The struggling Australian nickel producer is attempting to restart operations at its Silver Swan underground and Black Swan open pit mines in Western Australia, which have been on care and maintenance since 2009. Poseidon plans to use cash flow generated by the operations to restart operations at its Lake Johnston and Windarra projects — the former having been on care and maintenance since 2013. The nickel-focused company also gained a strategic investor in the offering, garnering the support of Fortescue Metals Group Ltd. chairman Andrew Forrest, who took up an 18% stake in the company through his investment vehicle Squadron Resources Pty Ltd.

Financings for specialty commodities usually comprise less than 25% of funds raised by junior and intermediate companies. However, a fast-developing tech sector has increased the demand for lithium, graphite and rare earth elements, among other special-use commodities. Consequently, financing levels for specialty commodities has steadily risen over the past year, accounting for an increasing share of the monthly total amount raised.

The trend was interrupted in July, followed by specialty commodity funding hitting an all-time low of US$30 million in August and comprising only 7% of the total raised. However, funding increased more than fivefold in September, to a three-month high of US$155.6 million, with the share of total funding rising to 12%. There were 31 specialty commodities financings — ahead of August’s 27 but nevertheless still at a historically low level. 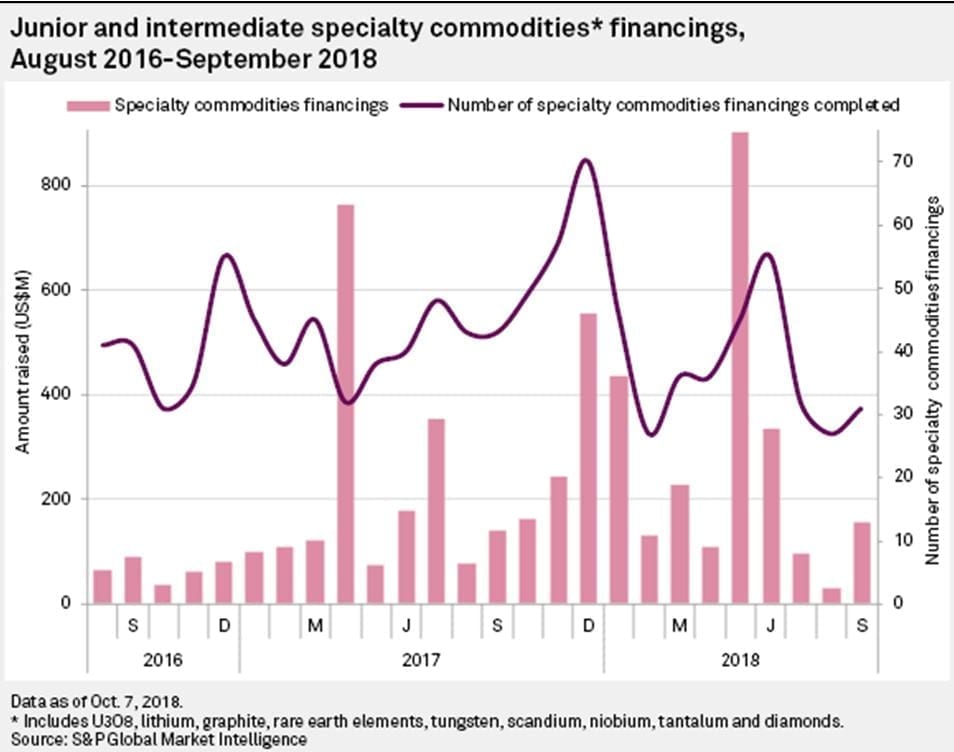 The largest financing for specialty commodities was completed by Syrah Resources Ltd., which raised A$94 million to fund ramp-up at its Balama graphite mine in Mozambique and finance evaluation of a contained vanadium resource. Balama has been operating with negative cash flow since operations started in December; however, Syrah expects the mine to be cash-positive by year-end.

U.S.-focused uranium producer Uranium Energy Corp. had the second-largest specialty commodity financing, raising US$20 million. With its Palangana mine in Texas on limited production, Uranium Energy has not generated revenue from its operations since 2015. It aims to use the proceeds for exploration and development at its portfolio of exploration projects across western U.S. states, Saskatchewan in Canada, and Paraguay.