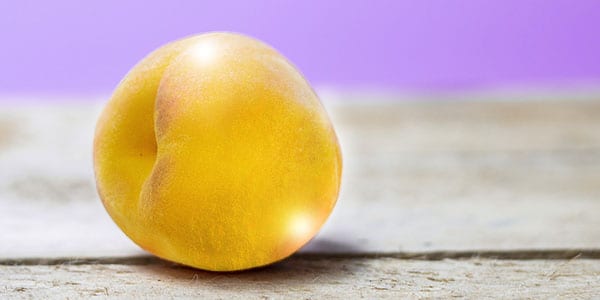 It’s official: Donald Trump has become only the fourth president in U.S. history to be the subject of a House impeachment inquiry.

I won’t say much on this, as the details of the inquiry are still unfolding. Plus, it’s an extremely divisive topic. Less than half of Americans support Trump’s impeachment, even after the news broke of his call with Ukrainian president Volodymyr Zelensky.

I will say one thing. If history is any guide, it’s highly unlikely that Trump will be convicted of any impeachment charges, especially with Republicans in control of the Senate. The only two presidents who have ever faced such charges, Andrew Johnson and Bill Clinton, were both acquitted. Richard Nixon, as you know, resigned before articles of impeachment could be drawn up.

I don’t believe investors have too much to worry about in the short term, despite Trump’s warning that “markets would crash” if he were impeached. “Do you think it was luck that got us to the Best Market and Economy in our history,” he tweeted this week. “It wasn’t!”

The sample size is small, but history shows that impeachments have had minimal impact on markets, and outcomes have been inconsistent. Stocks slid in the months following the start of Nixon’s impeachment inquiry, but far more important factors were at play, including the collapse of the Bretton Woods monetary system, the 1973 oil crisis and the start of the 1970s recession. In Clinton’s case, stocks ended up nearly 40 percent 12 months after the House announced its plans to impeach. But again, context matters. The U.S. economy was strong in the late 90s, and we were at the tail end of one of the longest equity bull markets in history. The scenario today looks very much the same. The U.S. economy—though it may be showing some cracks—is still going strong. Stocks have so far shrugged off threats of impeachment. Going forward, I would place the blame of any potential market weakness on other factors, from the global economic slowdown to ongoing trade tensions between the U.S. and China.

Germany on the Cusp of Recession

Indeed, if we look overseas, there’s much more that could rattle markets than U.S. political theater. Germany, for instance, may be on the cusp of recession, if it has not already entered one. The preliminary purchasing manager’s index (PMI) for September shows that the manufacturing sector in the world’s fourth largest economy is contracting at its fastest pace since the depths of the global financial crisis a decade ago. The flash PMI registered 41.4, an alarming 123-month low.

“The manufacturing numbers are simply awful,” commented Phil Smith, principal economist at IHS Markit, which produces the monthly report. “All the uncertainty around trade wars, the outlook for the car industry and Brexit are paralyzing order books.”

Car sales have been slowing across Europe for months now, as I’ve written about before. In August they were down a whopping 8.4 percent year-over-year, according to the European Automobile Manufacturers Association (ACEA). This has been a drag on Germany’s important automotive manufacturing industry, Europe’s largest and the world’s fourth largest by production.

Suppliers are feeling the pain as well. Continental AG, the Hanover, Germany-based manufacturer of auto parts, said this week that as many as 20,000 jobs were at risk over the next decade as plants will be closed not only in Germany but also Italy and the U.S.

Nervous investors have run for cover in the German bond market, where yields across the entire yield curve are currently trading in negative territory.

A record $17 trillion in global debt now carries a negative yield, which is equivalent to about 20 percent of world GDP, according to a recent report by the Bank for International Settlements (BIS). The bank notes that the growing acceptance of negative yields has become “vaguely troubling.”

Just as troubling is the expanding level of global debt, which is now the highest it’s ever been in peacetime, according to Deutsche Bank’s recent analysis of 12 major economies. These dozen economies collectively have an average debt-to-GDP of 70 percent, the highest level in 150 years outside of a world war. Jim Reid, the report’s lead author, warns that we may see central banks continue the sort of unconventional market interventions that have propelled record levels of borrowing in the first place.

“The multi-trillion dollar question is whether governments can successfully and consistently issue the holy grail of funding—zero-coupon perpetual bonds. If they can do that, spend the money, and central banks buy the bonds, then that is pure helicopter money,” Reid writes.

In its simplest terms, “helicopter money” refers to a rapid surge in money-printing, the hope being that it will spur economic output.

An inevitable consequence to this, of course, is runaway inflation. See: Weimar Germany, Zimbabwe and, more recently, Venezuela.

I see gold as a solution to many of the issues I’ve laid out, whether it’s recessionary spillover from Germany, high debt levels or helicopter money.

I’m not alone in thinking this. In a September report, the World Gold Council (WGC) calls the yellow metal “the most effective commodity investment,” adding that “allocations of 2 percent to 10 percent in a typical pension portfolio have provided better risk-adjusted returns than those with broad-based commodity allocations.”

However, the WGC says, gold is under-represented in most commodity indices, meaning investors are underexposed.

“Investors who access commodities via a broad-based index often assume they have an appropriate allocation to gold. In fact, most broad-based commodity indices have a very small allocation,” the WGC analysts write.

Consider the S&P GSCI, which tracks 24 commodities. West Texas Intermediate (WTI) oil and Brent oil make up nearly half of the index with a combined weighting of 45 percent. Gold, meanwhile, represents only 3.73 percent of the index.

This underexposure can be seen in a recent review of global family offices’ asset allocations. UBS’ Global Family Office Report 2019, released this week, shows that gold represents as little as 0.8 percent of portfolios on average. Equities in developed markets are the top position, representing a full quarter of portfolios, but some managers say they are trimming their exposure in preparation for a potential recession. A full 55 percent of family offices believe a recession will make landfall by 2020, according to the study. Increasing their gold exposure, I believe, would be rational and prudent at this time. As I told Kitco News’ Daniela Cambone at last week’s Denver Gold Forum (DGF), the longer yields stay negative around the world, the better the chances are of gold rocketing up to $10,000 an ounce. You can watch the entire interview by clicking here.

On a final note, I wish to congratulate our marketing team for the recognition they received this week from the Investment Management Education Alliance (IMEA), which promotes knowledge-sharing and investor education among marketers who work in the financial industry.

At this year’s event in Chicago, our team picked up two STAR awards, for Best Newsletter and Best Product Education Campaign, as well as special recognition for its community volunteering. U.S. Global now has 88 STAR awards to its name.

These accolades would not be possible without you, our readers and subscribers, so thank you!

If you’re still not subscribed to my CEO blog, Frank Talk, you can do so by clicking here.

Until next week, happy investing!

Please note: The articles listed above contain historical material. The data provided was current at the time of publication. For current information regarding any of the funds mentioned in these presentations, please visit the appropriate fund performance page.

U.S. Global Investors, Inc. is an investment adviser registered with the Securities and Exchange Commission (“SEC”). This does not mean that we are sponsored, recommended, or approved by the SEC, or that our abilities or qualifications in any respect have been passed upon by the SEC or any officer of the SEC.

This commentary should not be considered a solicitation or offering of any investment product.

Certain materials in this commentary may contain dated information. The information provided was current at the time of publication.

Some links above may be directed to third-party websites. U.S. Global Investors does not endorse all information supplied by these websites and is not responsible for their content.

Holdings may change daily. Holdings are reported as of the most recent quarter-end. The following securities mentioned in the article were held by one or more accounts managed by U.S. Global Investors as of (06/30/2019):

The S&P/Case-Shiller Index tracks changes in home prices throughout the United States by following price movements in the value of homes in 20 major metropolitan areas. The Conference Board index of leading economic indicators is an index published monthly by the Conference Board used to predict the direction of the economy’s movements in the months to come. The index is made up of 10 economic components, whose changes tend to precede changes in the overall economy. The IHS Markit / BME Germany Manufacturing PMI is compiled by IHS Markit from responses to questionnaires sent to purchasing managers in a panel of around 400 manufacturers. The panel is stratified by detailed sector and company workforce size, based on contributions to GDP. The widely tracked S&P GSCI is recognized as a leading measure of general price movements and inflation in the world economy. The index representing market beta is world-production weighted. It is designed to be investable by including the most liquid commodity futures, and provides diversification with low correlations to other asset classes. The NIFTY 50 index National Stock Exchange of India’s benchmark broad based stock market index for the Indian equity market. Sensex, otherwise known as the S&P BSE Sensex index, is the benchmark index of the Bombay Stock Exchange (BSE) in India. Sensex comprises 30 of the largest and most actively-traded stocks on the BSE, providing an accurate gauge of India’s economy. The SET Index is a Thai composite stock market index which is calculated from the prices of all common stocks (including unit trusts of property funds) on the main board of the Stock Exchange of Thailand (SET), except for stocks that have been suspended for more than one year. The Vietnam Stock Index or VN-Index is a capitalization-weighted index of all the companies listed on the Ho Chi Minh City Stock Exchange.