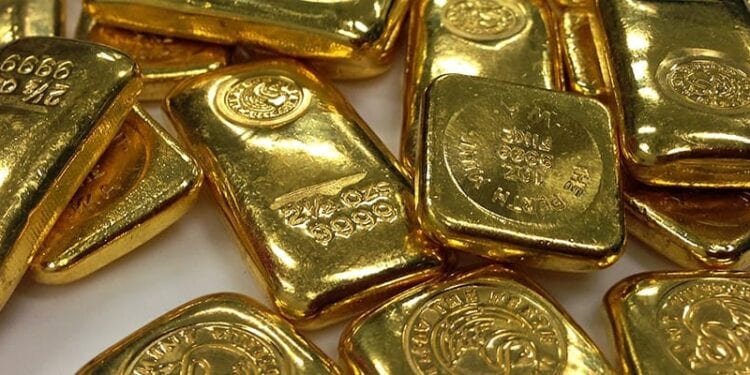 Gold ended last week down slightly, the first time in three weeks it’s done so. It looks as if gold investors took some profits late in the week after the yellow metal came close to breaching $1,360 on Wednesday. I still believe gold could hit $1,500 an ounce this year on rising consumer and producer prices, which I think are understated.

This is more than apparent when you compare the official U.S. consumer price index (CPI) and alternative measures such as the New York Fed’s Underlying Inflation Gauge (UIG).And as Dr. Ed Yardeni points out in a recent blog post, the word “inflation” appeared as many as 106 times during the latest Federal Open Market Committee (FOMC) meeting, a sign that Fed members could be getting more and more concerned about mounting inflationary pressures.

Recent reports also suggest gold production is slowing, which could help support prices long-term. Exploration budgets have been declining pretty steadily since 2012 after the price of gold peaked, and fewer and fewer large-deposit mines are being discovered.

Last week the China Gold Association announced that the country, the largest producer of gold, produced 98 million metric tons in the March quarter, down some 3 percent from the same period last year. This comes after total Chinese output in 2017 fell 6 percent year-over-year to 426 million tons. Granted, miners have been pressured by Beijing to curtail production as part of the government’s enforcement of tougher environmental protection policies, but the decline in output is part of a downward trend we’re seeing across the board, especially among major producers.

Take a look at the declining quarterly output of Barrick Gold, the world’s largest gold miner. According to its preliminary results for the first quarter, Barrick produced a total of 1.05 million ounces from its 10 projects. That’s only a 2 percent decrease from the same quarter last year, but a far cry from where it was seven years ago.

Since the news hit April 11, shares of Barrick are up about 3 percent, even after a Friday selloff.

While some investors might view the lower output as disappointing, others no doubt see it as a reminder that gold is a finite resource, one of the many reasons why it’s remained so highly valued for centuries. As I’ve written before, the low-hanging fruit has likely already been picked, making the task of mining the yellow metal more difficult as well as expensive. Supply isn’t growing nearly as fast as it once did.

And yet demand continues to climb. Not only do the peoples of India, China, Turkey and other countries have a strong cultural affinity to gold—an obsession that will only intensify as incomes rise—but the metal still plays a vital role as a portfolio diversifier in times of economic and political uncertainty.