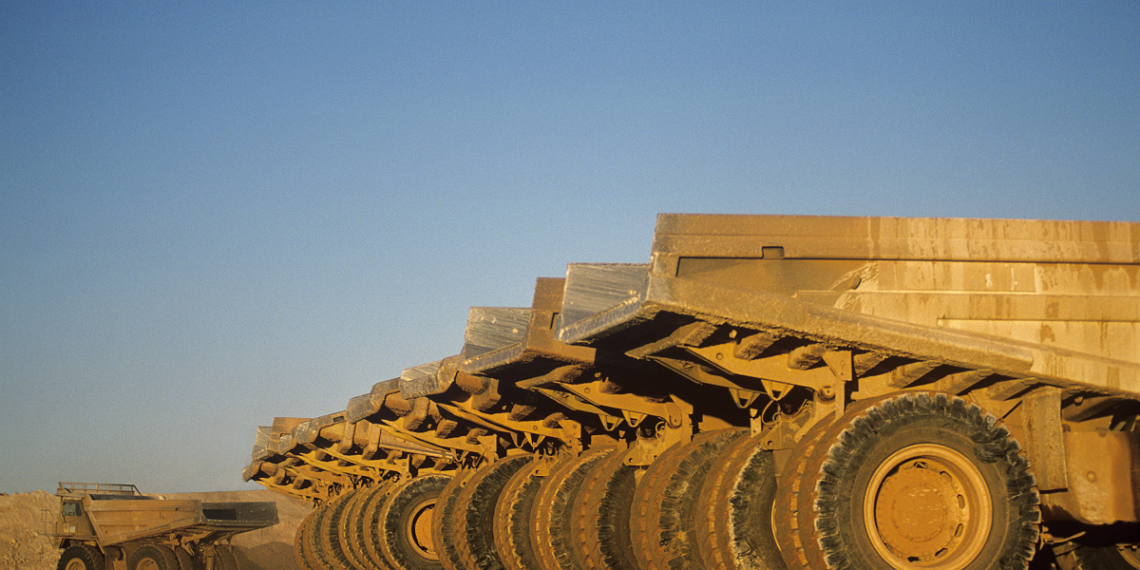 Recent significant base and precious metals discoveries has again attracted miners from around the globe to investigate the tough conditions of the Paterson Province in Australia’s north-west.

Located on the remote eastern side of the mineral-rich Pilbara region of Western Australia, the Paterson Province was largely ignored by miners until the chance discovery of the world-class Telfer gold mine by Newmont (NYSE: NEM) in 1972.

Exploration activity in the province accelerated quickly after that major find – creating a mini gold rush – and a number of other significant mineral discoveries were made, including the Nifty Copper mine by WMC Ltd in 1982.

The exploration rush relatively quietened down soon after as most explorers moved to easier and less expensive to work in areas when commodity prices took a nose dive.

However, the province’s fortune again took a turn the better when Rio Tinto (ASX: RIO) made the exciting Winu copper and gold discovery in late 2017 – remarkably just months after the mining major had been awarded a licence to explore the area.

With the subsequent Haverion gold discovery in 2018 creating further momentum, another “land rush” is now well underway in the Paterson, with the province now considered one of the hottest exploration targets in Australia.

Both Winu and Haverion are now on the path to development, although Rio Tinto has revealed that it has slightly shifted its development schedule for an open pit project at Winu. Since then its focus has turned to additional exploration work where it has been successful in opening up the ground around Winu, including the exciting discovery of a new gold pocket in 2020.

The company has also turned a good deal of its attention on reaching agreements with the local Indigenous land owners as it progresses plans to obtain development licences.

Elsewhere, UK-based Greatland Gold (AIM: GGP) is making good progress with its development plans at Haverion, where it is looking at a large, underground mining operation at the world-class gold-copper deposit

Since its discovery by Greatland in 2018, Havieron has become established as one of the most exciting long life gold-copper deposits in development worldwide.

The company says Haverion provides it with “a strategic position in the Paterson Province of Western Australia, one of the leading frontiers for the discovery of tier-one gold-copper deposits”.

Greatland confirmed its strong belief in the potential of the Paterson when it significantly expanded its footprint in the province by over 1,000km2, including a prospective area strategically located between Havieron and Telfer.

The company has entered into an agreement with Province Resources Limited (ASX: PRL) to acquire the 100% owned Pascalle tenement, the 100% owned Taunton tenement and two tenement applications for exploration licences in the Paterson Province.

The Pascalle tenement covers 75km2 and is proximal to Havieron, 20km to the east and Telfer, 14km to the west.

The Taunton tenement is located in Paterson South, centred 240km south-east of Havieron and covering 100km2.

The two licence applications acquired in the deal are located in Paterson South, approximately 120km to 170km south east of Havieron and covering 840km2.

All areas contain multiple magnetic and other geophysical anomalies identified to date and remain untested.

Explorers of all shapes and sizes have also recently snapped up permits in the province, an area where geoscientists believe there is still a lot of upside – particularly with new technology potentially being able to reach down to identify mineral targets that are currently hidden undercover.

One of the companies that has made its mark recently in the province is Western Australian specialist, St George Mining (ASX: SGQ).

Led by executive chairman, John Prineas, St George has pulled together a strategic parcel of licences in areas where it recently commenced a diamond drill programme.

That programme is testing priority structural targets to assess the potential to host large copper-gold systems. Mr Prineas says an important element of the drilling is to confirm host lithologies, as well as deliver evidence of hydrothermal/mineralizing processes.

“Our maiden diamond drill programme at Paterson is progressing strongly, with five holes now completed and all delivering indications that our systematic exploration strategy is heading in the right direction,” Mr Prineas said.

“Considering the very widely spaced drilling that is being undertaken in this programme, early geological observations of the drill core are very encouraging.

“There is locally intense alteration and brecciation with evidence of pervasive hydrothermal fluids. Widespread intervals of disseminated sulphides are noted in the drill core including visible chalcopyrite (copper sulphide) which is awaiting confirmation by assaying. Detailed logging of the core for PDD003, PDD004 and PDD005 is in progress and observations included in this release should be considered qualitative, pending laboratory assays.

“These are great looking rocks to host the styles of mineralization we are targeting.”

As diamond drilling continues, the understanding of the local geology and prospectivity of this untested area of the Paterson Province is rapidly increasing with each hole completed.

Another significant new entrant to exploration in the Paterson Province is IGO Limited (ASX: IGO).

The combined tenure is now a belt-scale opportunity to find and develop Tier-1 sediment-hosted copper (+/- cobalt) and intrusion-related copper-gold deposits. The consolidation comprises 6,671km2 of tenure, which is second only in the region to mining supermajor Rio Tinto.

IGO says that despite over 40 years of semi-continuous historical exploration in the Paterson by past explorers, it considers the area as underexplored and poorly understood as evidenced by the recent significant copper-gold discoveries Winu, Havieron and, more recently, Calibre by Antipa Minerals.

The Calibre, Winu, and Havieron discoveries were made beneath 80m, 110m and 400m of transported and/or hard rock cover. In contrast to the depth of these discoveries, IGO’s regional assessment of the area has identified that most historic exploration has focused on sub-cropping to thinly covered copper-lead-zinc-gold-arsenic geochemical anomalism in samples collected in between the 15m-high sand dunes that transect the region. Few holes drilled outside the areas of known mineralization have exceeded 150m depth.

The Paterson Province is now recognized as a world class copper-gold and polymetallic mining district with a known endowment of more than 5Mt copper and 39Moz gold. The long-life mines of Telfer (which commenced in 1977 and continues today) and Nifty (1983-2019) have been joined by ongoing mineral resource definition programs at Winu (Rio Tinto), Havieron (Newcrest-Greatland Gold) and Calibre (Antipa-Rio Tinto).

Will Gold Rise to the Challenge of Inflation? – Q&A with Fahad Tariq of Credit Suisse

Will Gold Rise to the Challenge of Inflation? - Q&A with Fahad Tariq of Credit Suisse