Australia is a land of huge untapped resource potential. From the world renowned oil and gas province in the North West Shelf of Western Australia through to the prosperous base metal mines in Tasmania, the known resource potential of this great southern land is only surpassed by how much we have yet to discover.

Mineral and energy resources contributed $258 billion in export income in 2018 and there is significant potential for new discoveries. This includes vast renewable energy resources and minerals of critical importance to the modern world.

What minerals does Australia have to offer?

Australia holds a large portion of the world’s known mineral resources, many of which are defined as critical commodities by countries in the European Union and North America.

We have amongst the world’s largest economic resources of lithium, rutile (titanium), zirconium (zircon) and tantalum.

We are also well endowed with metals such as lead, aluminium, copper, nickel, uranium, gold and iron ore. Along with these resources, we rank in the top five globally for antimony, cobalt, lithium, manganese ore, niobium, tungsten and vanadium.

” We have amongst the world’s largest economic resources of lithium, rutile (titanium), zirconium (zircon) and tantalum. We are also well endowed with metals such as lead, aluminium, copper, nickel, uranium, gold and iron ore.”

As such, Australia’s broad commodity portfolio is well placed to support the global demand and growth in many minerals markets, including rare earth elements.

Our deep knowledge of Australia’s geology and geography provides ground-breaking information, unrivalled expertise and technical innovation. Our freely available data helps identify areas of prospectivity and de-risks exploration investment for industry, which is also one of Australia’s competitive advantages. The discovery of many of Australia’s largest mines can also be traced back to Geoscience Australia’s pre-competitive work.

Through Australian Government initiatives such as the $100 million Exploring for the Future program (2016-2020), we provide improved understanding of the potential mineral, energy and groundwater resources in under-explored parts of northern Australia.

The program is using advanced techniques to help explorers understand the resources available under areas covered by younger sediments. For example, we are undertaking the world’s largest airborne electromagnetic survey to map potential mineral and groundwater resources of the top 300 to 400 metres of the crust, and we recently released mineral potential maps for iron oxide-copper-gold (IOCG) deposits in northern Australia based on the assessment of multiple national-scale geological datasets.

Results from the Exploring for the Future program are already impacting investment. Several exploration companies, including a global major, have applied for and have been granted exploration tenements in the region around Tennant Creek and Mt Isa, covering more than 75,000 square kilometres. The new exploration activity resulting from these applications would not have happened without the information generated by the program. Many of these companies are targeting IOCG deposits similar to the Prominent Hill Mine in South Australia, which provided $AU522 million in revenue in 2018 and has a workforce of around 1200 employees, so the potential benefits for the region and Australia are huge.

An independent report by ACIL Allen Consulting, released in early 2020, also shows that investment into the program is on track to deliver a return that exceeds the initial $100 million investment by the Australian Government and could contribute billions of dollars to the Australian economy.

The overall approach of the program has been to collect national and regional scale datasets and use these to identify areas for targeted investigation, including through stratigraphic drilling. These drilling projects in 2020 are critical for testing geological models of undercover regions and will provide valuable physical samples for analysis.

As communities, agriculture and resource projects need to secure water in the driest inhabited continent on Earth, the Exploring for the Future program is also focused on acquiring data to improve our understanding of groundwater resources across northern Australia.

This exploration led to one of the largest virgin gold discoveries in Australia, the Gruyere gold deposit, a 6 million oz discovery in a new area for gold exploration. The resulting gold mine was established in 2017,
with the first gold delivered in the June 2019 quarter.

A 507 km-long-deep seismic reflection survey completed by Geoscience Australia in 2001, along with additional mapping and geochronology by the Geological Survey of Western Australia, helped make this discovery possible.

The survey by Geoscience Australia imaged a major fault structure that cut through the crust to a depth of 60 km. Such large structures are known to host giant gold deposits. It was this knowledge that Gold Road Resources used in their exploration targeting by tracing the large structure from a known gold belt under cover to the site where Gruyere was later discovered.

The identification of new high-quality deposits such as this discovery is important to ensure that an ongoing pipeline of mineral resource projects are available to meet Australia’s future economic needs.

Full steam ahead for Australian minerals

As a resource-rich and productive nation, Australia has abundant potential for industry investment and economic growth.

We welcome the use of our worldclass pre-competitive data to support investment decision making. Through better investment and the sustainable use of our resources, we can encourage regional development, stimulate economic growth, and improve social outcomes.

Geoscience Australia’s Exploring for the Future program will generate a significant number of publicly available pre-competitive datasets over the coming months.

Over the next 10 years we also aim to continue mapping our mineral resources, as well as expanding our program to attract exploration in new commodities to support new technologies. These goals are described in our Strategy 2028, available on our website.

I encourage prospective exploration companies to become familiar with our work so they can lead the way in continuing the long history of major mineral discoveries in Australia.

How is Australia supporting investment?

The Australian Government is investing millions of dollars into acquiring more pre-competitive data for exploration and mining projects. Well-established mining regions cover only 20 per cent of the Australian continent, meaning the remaining 80% of the continent is underexplored, with huge potential.

As well as directly contributing to new and innovative exploration opportunities through the Exploring for the Future program, the Australian Government’s Major Projects Facilitation Agency provides a single entry point for major exploration project advocates and investors, who are seeking tailored information and facilitation of their regulatory approval requirements.

Geoscience Australia’s Exploring for the Future program has a new portal to deliver the latest data and products about potential mineral, energy and groundwater resources in northern Australia. 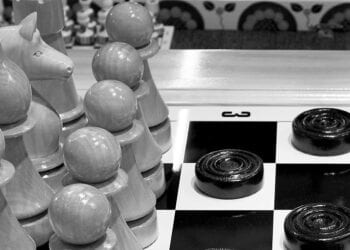 Lithium: Are the OEMs Playing Checkers Instead of Chess?