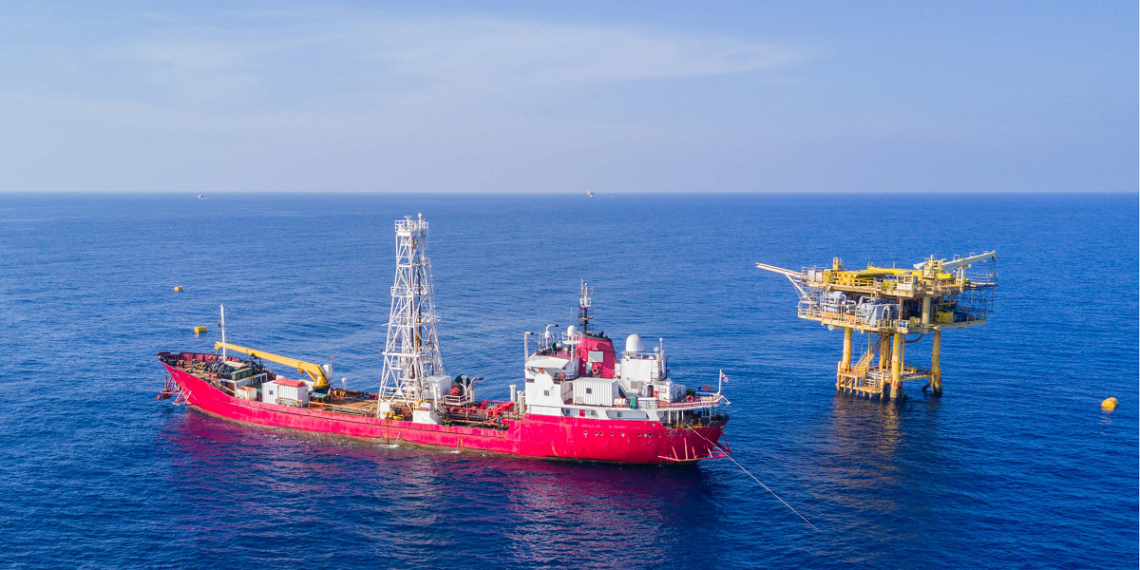 After a major deep sea mining project was sunk a few years back, the allure of the mineral riches contained beneath the oceans are back afloat with a new opportunity receiving significant support and breakthroughs in recent months.

Nautilus Minerals’ (OTCMKTS: NUSMF) Solwara 1 project was being developed with the aim of extracting high-grade Seafloor Massive Sulphide (SMS) deposits of copper, gold, zinc, and silver from the Bismarck Sea off the coast of Papua New Guinea (PNG).

While the project made significant headway and even had the PNG government join in as a partner, waves of financial misfortune eventually sunk it. Interest in deep sea mining waned after that, however, the accelerating demand for critical metals to back the electric vehicle (EV) boom has seen a renewed focus on the mineral-rich seafloor nodules that are located on ocean floors around the globe.

Leading the way in this new surge in deep sea mining interest is The Metals Company (NASDAQ: TMC) and its wholly owned subsidiary, Nauru Ocean Resources, Inc. The Metals Company is making great progress on several fronts and has reached a number of significant milestones with its NORI-D Project in the Clarion Clipperton Zone (CCZ) located near Nauru in the South Pacific. According to The Metals Company NORI-D is ranked as the largest undeveloped nickel project in the world.

While the company agrees there are technically enough metal-bearing deposits on land to meet the needs of the transition to renewable energy, it does not mean that those resources can be extracted economically, or that they should be, given the associated costs to the planet and people.

“Access to, and development of land-based deposits, is increasingly difficult. Falling grades means digging deeper and wider for lower quality ores and spending more capital to get the same amount of metal,” the company says.

“Nickel, cobalt, and manganese deposits are in some of the planet’s most biodiverse places, including Indonesia, the Democratic Republic of Congo (DRC), and South Africa. Cobalt mining in the DRC often involves child labour.

“Most battery-driven growth in nickel supply is expected to come from nickel laterites beneath the rainforests of Indonesia and the Philippines. Of all mined commodities, nickel is the most vulnerable to biodiversity risks and scaling battery-grade nickel production from laterites will likely devastate terrestrial ecosystems and human communities, with the disposal of mine waste in the deep sea putting biodiverse coral ecosystems at risk.”

Unlike land ores, nodules do not contain toxic levels of heavy elements

According to The Metals Company, producing these metals from polymetallic nodules could reduce most of the environmental, social, and corporate governance (ESG) costs of conventional metal production.

It says high grades of four metals in a single rock means that four times less ore needs to be processed to obtain the same amount of metal. Because nodules sit unattached on top of the seafloor, they will not require drilling or blasting for retrieval.

The company says that unlike land ores, nodules do not contain toxic levels of heavy elements, and producing metals from nodules has the potential for it to productise nearly 100% of nodule mass and design a metallurgical flowsheet that generates no tailings and leaves nearly no solid waste streams behind.

The Metals Company recently received an important nod of approval when the International Seabed Authority (ISA) gave NORI the go-ahead to proceed with the next phase of its subsea studies after an in-depth completed review of the company’s Environmental Impact Statement (EIS) and Environmental Monitoring and Management Plan (EMMP).

The conclusion of the International Seabed Authority’s review process allows NORI to proceed with its planned integrated pilot collection system trials in its NORI-D exploration contract area in the CCZ.

NORI’s offshore strategic partner, the highly regarded subsea equipment specialist Allseas, will test a system consisting of a prototype nodule collector at the seafloor and the riser system to bring nodules to the surface production vessel, Hidden Gem. Approximately 3,600t of polymetallic nodules are expected to be collected during the trial beginning later this month with an expected conclusion in the fourth quarter of 2022.

The trials will be monitored by independent scientists from a dozen leading research institutions around the world who will analyse the environmental impacts of both the pilot nodule collector vehicle and the nodule riser system. The data collected, together with many terabytes of existing baseline data collected by NORI throughout 16 offshore campaigns, will form the basis of NORI’s application to the International Seabed Authority for an exploitation contract.

“With this green light from the ISA, the team of world-class engineers from Allseas and scientists from some of the world’s leading deep-sea research institutions that we’ve brought together can begin technology trials and our impact monitoring campaign,” The Metals Company CEO and chairman, Gerard Barron, said in welcoming the ISA approval.

“We have a couple of exciting and no doubt challenging months ahead of us. The environmental and operational data and insights from these trials will be an important step in ensuring the safe and efficient collection of polymetallic nodules to supply critical battery materials for the clean energy transition.”

Previously, The Metals Company and Allseas announced successful trials of the nodule collector vehicle in deep-water in the Atlantic, as well as harbour wet-test commissioning and shallow-water drive tests in the North Sea.

Development of technologies to collect polymetallic nodules first began in the 1970s when oil, gas and mining majors including Shell, Rio Tinto (Kennecott) and Sumitomo successfully conducted pilot test work in the CCZ, collecting over 1,500t of nodules. More recently, contractors BGR and GSR conducted several trials of prototype nodule collector vehicles in deep water, and NORI’s forthcoming tests mark the first time this century that an integrated collection system – including a nodule riser – would be trialled in the CCZ.

Following 16 offshore campaigns by NORI to define the nodule resource and establish an environmental baseline in exploration area NORI-D in the Clarion Clipperton Zone, NORI’s environmental programme entered a new phase in early October with the monitoring of the environmental impacts of an integrated collector system test. The impact monitoring phase is being conducted from a separate vessel by a multidisciplinary team consisting of independent scientists from leading international research institutions and world-leading contractors.

Conducted in a small test area in NORI-D, the collection system trials, and environmental impact monitoring are part of the International Seabed Authority’s regulatory and permitting process and will provide critical environmental impact data to inform NORI’s application to the ISA for an exploitation contract. The results will play a critical role in helping the project operators water down the concerns of the anti-deep sea mining brigade.